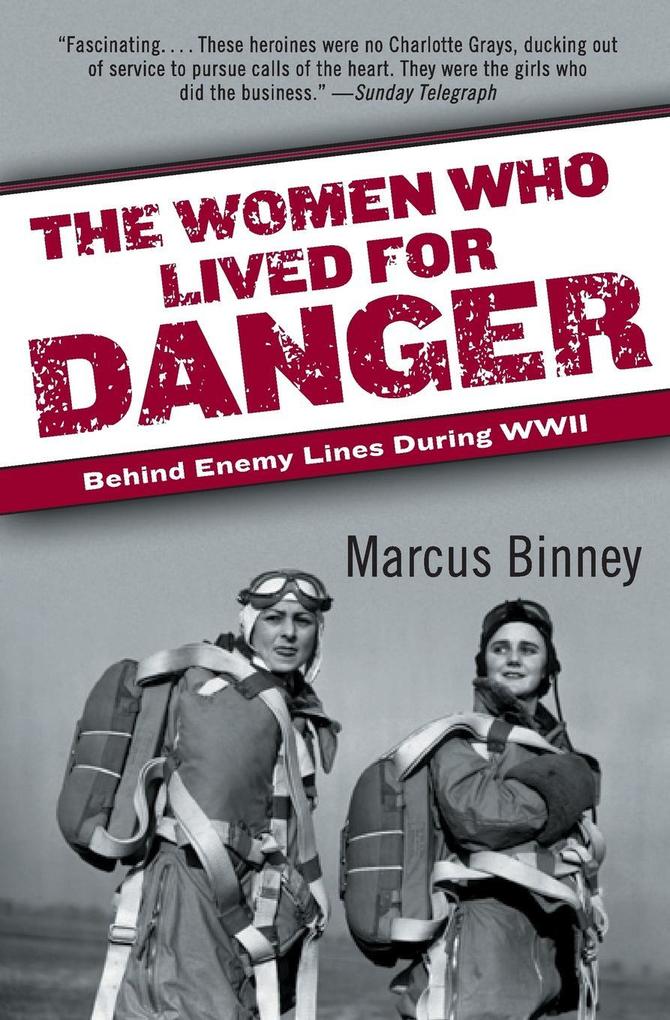 The Women Who Lived for Danger

von Marcus Binney
Behind Enemy Lines During WWII. Paperback. Sprache: Englisch.
Taschenbuch
"They flirted with men, and with death." In The Women Who Lived for Danger, acclaimed historian Marcus Binney recounts the story of ten remarkable women -- some famous, some virtually unknown -- recruited to work behind enemy lines as secret agents d … weiterlesen
Geschenk per Mail versenden
Taschenbuch

Titel: The Women Who Lived for Danger
Autor/en: Marcus Binney

"They flirted with men, and with death." In The Women Who Lived for Danger, acclaimed historian Marcus Binney recounts the story of ten remarkable women -- some famous, some virtually unknown -- recruited to work behind enemy lines as secret agents during WWII. Part of Winston Churchill's Special Operations Executive, formed in 1940 to "set Europe ablaze," the women of the SOE were trained to handle guns and explosives, work undercover, endure interrogation by the Gestapo, and use complex codes. Once in enemy territory, theirs was the most dangerous war of all, leading an apparently normal civilian life but in constant danger of arrest and execution. Passing themselves off as country wenches by afternoon and chic Parisiennes by night, these women put service to Britain and the Allied forces above all concerns for personal safety -- they organized dropping grounds for arms and explosives destined for the Resistance, helped operate escape lines for airmen who had been shot down over Europe, and provided Allied Command with vital intelligence.
The exploits of those chronicled in The Women Who Lived for Danger form a new chapter of heroism in the history of warfare matched only by their legacy of daring, determination, resourcefulness, and ability to stay cool in the face of extreme danger.

Marcus Binney is an accomplished historian and writer who is the author of Our Vanishing Heritage, Townhouses, and Airports. Binney attended Cambridge, and has lectured extensively to historical societies in New York, Boston, Rhode Island, and Virginia on architectural preservation and history. He has also fronted a thirty-nine-part series -- Mansions: The Great Houses of Europe -- broadcast in the U.S. between 1993 and 1997.
Binney's interest in the lives of the agents of the SOE is a personal one. His father, Lt. Col. Francis Simms, MC, walked seven hundred miles through the Apennines after twice escaping from POW camps. His mother, Sonia, did secret work with code breakers during the war and in 1955 remarried Sir George Binney, DSO, also a war hero, who had carried out one of the most successful blockade-running operations of World War II in 1941 -- bringing back five unarmed merchant ships from Sweden through the minefields.