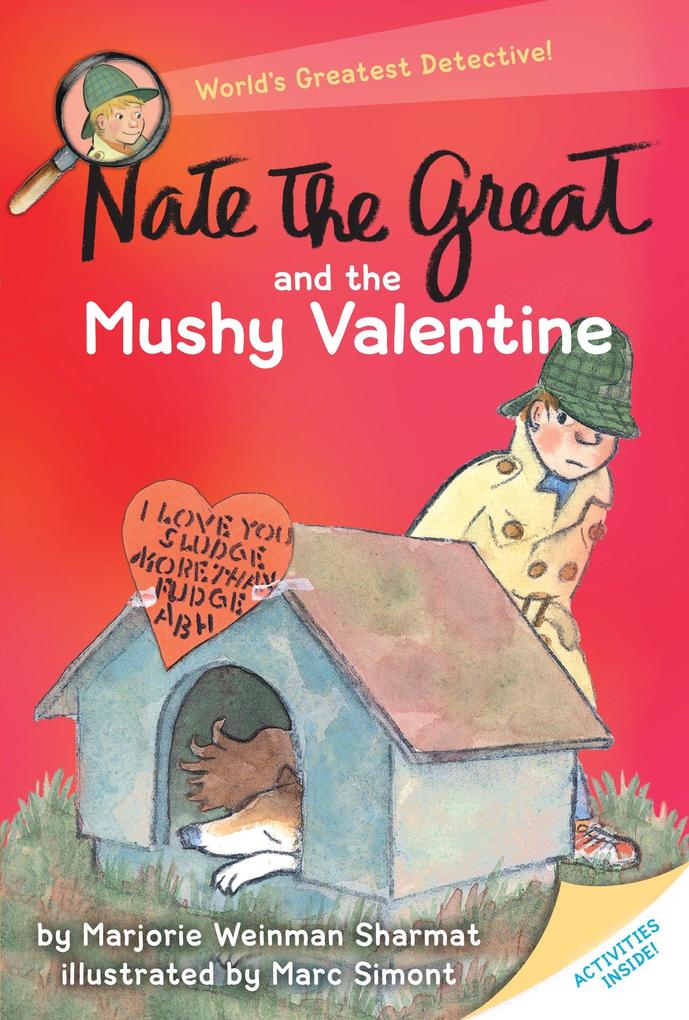 Nate the Great and the Mushy Valentine

Beginning readers are introduced to the detective mystery genre in these chapter books. Perfect for the Common Core, kids can problem-solve with Nate, using logical thinking to solve mysteries!

Nate the Great hates mushy stuff. He spies a big red paper heart taped to Sludge's doghouse. Who left Nate's dog a secret valentine? Nate will solve the case, and then there will be no more mushy stuff. At least that's what he thinks. . . .

Check out the Fun Activities section in the back of the book!

"Nate makes a great narrator, his clipped prose mimicking that of the hard-boiled detective genre, providing short, simple sentences for beginning readers, and setting up the deadpan humor. Simont's expressive drawings, tinted with watercolor washes, illustrate the characters and the action with finesse and restraint. A most appealing choice."-Booklist, Boxed Review

MARJORIE WEINMAN SHARMAT has written more than 130 books for children and young adults, as well as movie and TV novelizations. Her books have been translated into twenty-four languages. The award-winning Nate the Great series, hailed in Booklist as "groundbreaking," has resulted in Nate's real-world appearances in many New York Times crossword puzzles, sporting a milk mustache in magazines and posters, residing on more than 28 million boxes of Cheerios, and touring the country in musical theater. Marjorie Weinman Sharmat and her husband, Mitchell Sharmat, have also coauthored many books, including titles in both the Nate the Great and the Olivia Sharp series.

MARC SIMONT won the Caldecott Medal for his artwork in A Tree Is Nice by Janice May Udry, as well as a Caldecott Honor for his own book, The Stray Dog. He illustrated the first twenty books in the Nate the Great series.

Taschenbuch
Nate the Great and Me: The Case of the…
von Marjorie Weinman…
vor
Schreiben Sie eine Rezension