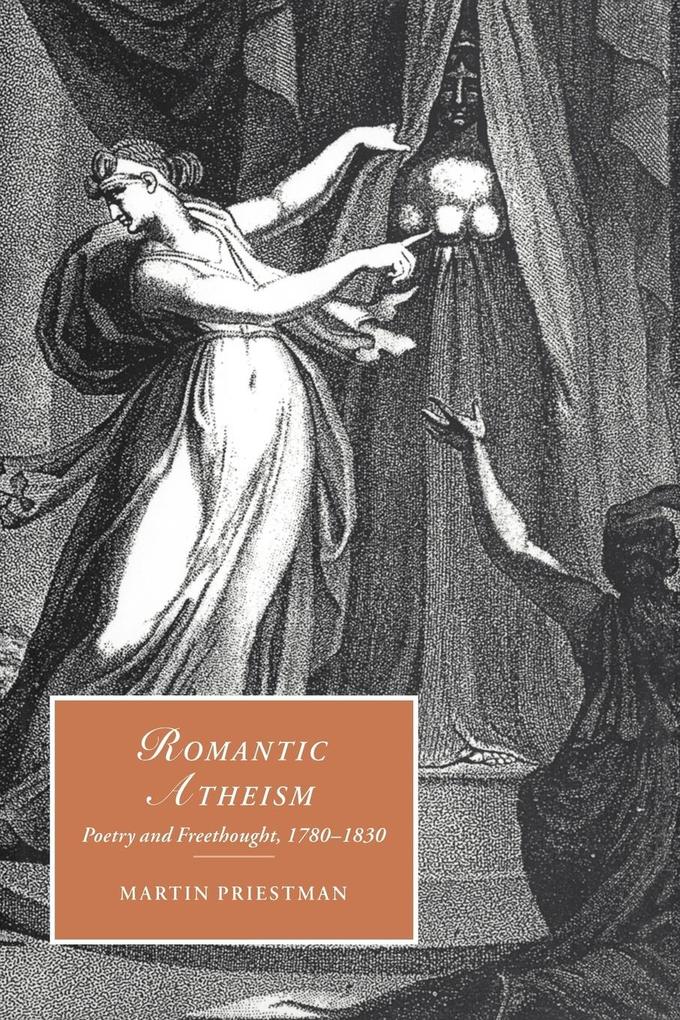 Romantic Atheism explores the links between English Romantic poetry and the first burst of outspoken atheism in Britain, from the 1780s onward. Martin Priestman examines the work of Blake, Coleridge, Wordsworth, Shelley, Byron and Keats in their most intellectually radical periods, as well as a host of less canonical poet-intellectuals and controversialists of the time. Above all, the book conveys the excitement of Romantic atheism, whose dramatic appeals to new developments in politics, science and comparative mythology lent it a protean energy belied by the more recent conception of "loss of faith."

List of illustrations; Acknowledgements; Introduction; 1. The atheism debate, 1780-1800; 2. Masters of the universe: Lucretius, Sir William Jones, Richard Payne Knight and Erasmus Darwin; 3. And did those feet? Blake in the 1790s; 4. The tribes of mind: the Coleridge circle in the 1790s; 5. Whatsoe'er is dim and vast: Wordsworth in the 1790s; 6. Temples of reason: atheist strategies, 1800-1830; 7. Pretty paganism: the Shelley generation in the 1810s; Conclusion; Glossary of theological and other terms; Notes; Bibliography; Index.

"Priestman's study adds the obvious but still overlooked and unquestionably important feature of atheism, especially as it gets expressed in the discourse of Romantic poetry. By addressing attacks (both oblique and direct) on conventional religion expressed in Romantic poetry, Priestman presents us with a study that is long overdue." Religion & Literature "...a very conscientious, diligent, helpful, even moving book. Readers who share his assumptions may consider it definative." North Dakota Quarterly