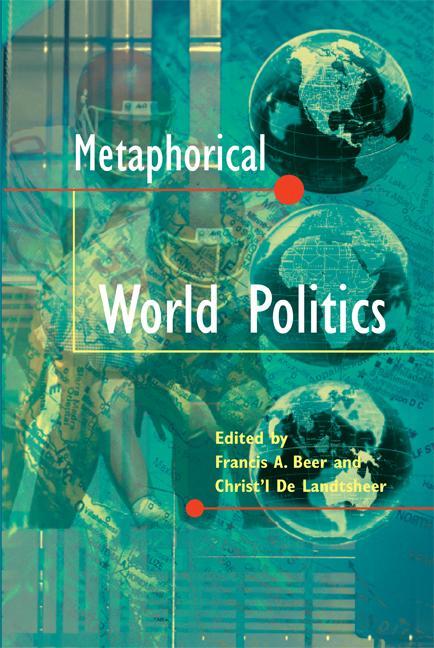 Metaphorical World Politics argues that language and metaphor are important parts of international political reality. Metaphors and world politics have appeared together many times in recent history. The blended space that results is metaphorical world politics, a real-world game for political and scientific actors. This collection picks up the challenge to unravel the game, to examine its rules, to clarify the mixture of images and facts that is so real in politics but so exceptional in science. Scholars have studied metaphor most of the time from a linguistic or a literary point of view. This work forces those primarily interested in metaphors to think about applications and implications beyond the text. Others concerned mainly with world politics may consider how metaphors may help to energize and structure international political thought and action. Scholars have most often studied world politics embedded in so-called "facts." Metaphorical World Politics shows that facts are misleading in their compactness, that facts are often meaningless, that metaphors in contrast are energetic processors of meaning, and that facts in world politics are nothing more than weak emulsions of metaphor. This work outlines the general place of metaphor on the map of politics and highlights the location of specific metaphors on the political terrain.

Francis A. Beer is Professor of Political Science, University of Colorado. His most recent book is Meanings of War and Peace. Other works include Post Realism (with Robert Hanman), Peace Against War: The Ecology of International Violence, and Integration and Disintegration In NATO: Processes of Alliance Cohesion and Prospects for Atlantic Community. Christ'l De Landtsheer is Professor of Communication at the University of Antwerp, Belgium. She is a co-editor, with Ofer Feldman, of Politically Speaking: A Worldwide Examination of Language Used in the Public Sphere and Beyond Public Speech and Symbols: Explorations in the Rhetoric of Politicians and the Media. Two of her recent books deal with political impression management in Fianders and in The Netherlands and with integrating cross national research on authoritarianism, socialization, communications and youth policy.