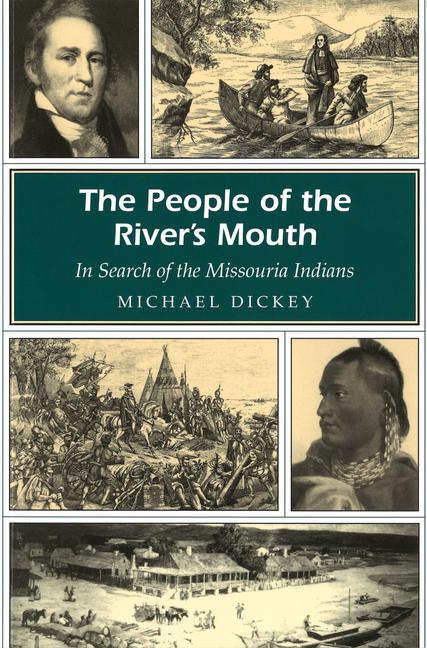 The People of the River's Mouth: In Search of the Missouria Indians

von Michael E. Dickey
Empfohlen ab 9 Jahre. Sprache: Englisch.
Taschenbuch
The Missouria people were the first American Indians encountered by European explorers venturing up the Pekitanoui River--the waterway we know as the Missouri. This Indian nation called itself the Nyutachi, which translates to "People of the River Mo … weiterlesen
Geschenk per Mail versenden
Taschenbuch

Titel: The People of the River's Mouth: In Search of the Missouria Indians
Autor/en: Michael E. Dickey

The Missouria people were the first American Indians encountered by European explorers venturing up the Pekitanoui River--the waterway we know as the Missouri. This Indian nation called itself the Nyutachi, which translates to "People of the River Mouth," and had been a dominant force in the Louisiana Territory of the pre-colonial era. When first described by the Europeans in 1673, they numbered in the thousands. But by 1804, when William Clark referred to them as "once the most powerful nation on the Missouri River," fewer than 400 Missouria remained. The state and Missouri River are the namesake of these historic Indians, but little of their history is known today. Michael Dickey tells the story of these indigenous Americans in "The People of the River's Mouth." From rare printed sources, scattered documents, and oral tradition, Dickey has gathered the most information about the Missouria and their interactions with French, Spanish, and early American settlers that has ever been published. "The People of the River's Mouth "recalls their many contributions to history, such as assisting in the construction of Fort Orleans in the 1720s and the trading post of St. Louis in 1764. Many European explorers and travelers documented their interactions with the Missouria, and these accounts offer insight into the everyday lives of this Indian people. Dickey examines the Missouria's unique cultural traditions through archaeological remnants and archival resources, investigating the forces that diminished the Missouria and led to their eventual removal to Oklahoma. Today, no full-blood Missouria Indians remain, but some members of the Otoe-Missouria community of Red Rock, Oklahoma, continue to identify their lineage as Missouria. The willingness of members of the Otoe-Missouria tribe to share their knowledge contributed to this book and allowed the origin and evolution of the Missouria tribe to be analyzed in depth. Accessible to general readers, this book recovers the lost history of an important people. "The People of the River's Mouth "sheds light on a strong, overlooked aspect of Missouri's past and pieces together the history of these influential Native Americans in an engaging, readable volume.

Michael Dickey is the Historic Site Administrator for the Division of State Parks of the Missouri Department of Natural Resources. He is the author of "Arrow Rock: Crossroads of the Missouri Frontier" and lives in Arrow Rock, Missouri.

Taschenbuch
The Trail of Tears Across Missouri
von Joan Gilbert

Schreiben Sie eine Bewertung für: The People of the River's Mouth: In Search of the Missouria Indians