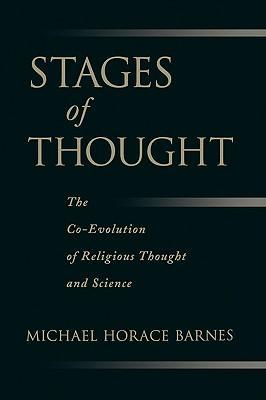 INTRODUCTION; 1. Culture and Cognition; 2. Addressing the Critics; 3. Cognitive Styles in Primitive Cultures; 4. Archaic Thought, Preliterate and Literate; 5. The Axial Age and the Classical Style of Thought; 6. Philosophy, Religion, and Science in Western Antiquity; 7. The Decline and Recovery of Classical Rationality in the West; 8. Early Modern Models of Reality in Science and Religion; 9. The Method of Modern Empirical Science; 10. Religious Responses to Modern Science; NOTES; BIBLIOGRAPHY; INDEX

Michael Horace Barnes is Professor of Religious Studies and Alumni Chair in Humanities, The University of Dayton.

'Well documented and broadly convincing... [Barnes] has an admirable habit of taking his critics seriously, itself an inducement to take his carefully measured answers equally seriously.' Times Literary Supplement 'I doubt that I will be able to get the book out of my mind, because its implications for the science-religion interface where I work are so profound and pervasive. Whether I am thinking about the nature of myth, the concept of God, or the differences between religion and theology, the argument presented here will be impossible to dismiss.' The Journal of Religion