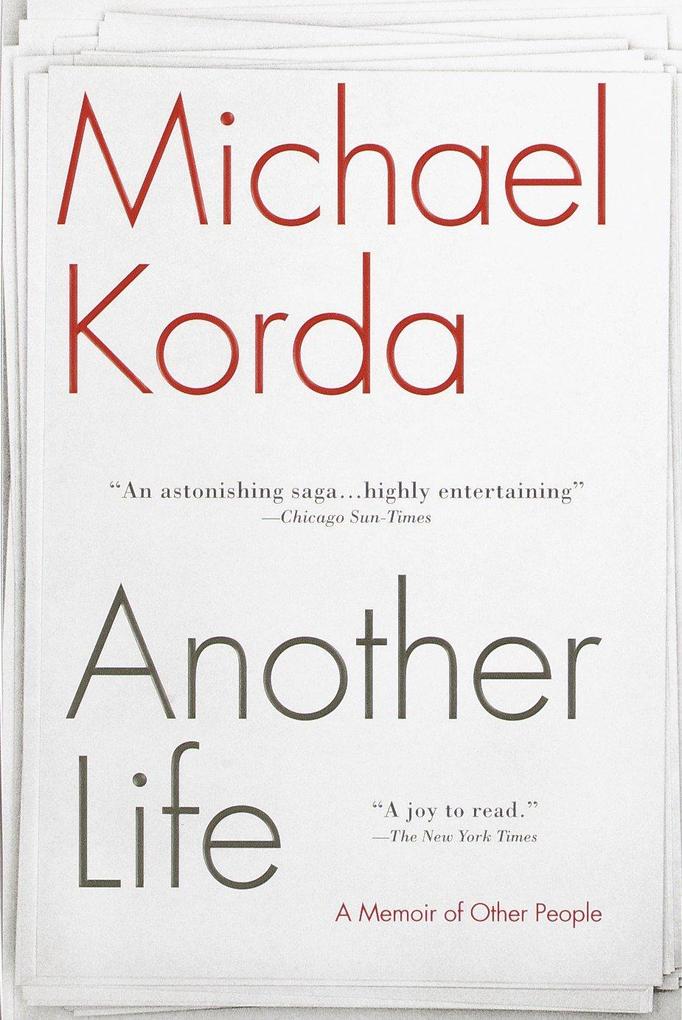 Another Life: A Memoir of Other People

Titel: Another Life: A Memoir of Other People
Autor/en: Michael Korda

From world leaders to Mafia dons, from Hollywood stars to the literary world's most eccentric writers, the notable and notorious alike have entrusted their life's work to Simon & Schuster's preeminent editor, Michael Korda. In this masterful memoir, Korda reveals the unforgettable cast of characters and outrageous anecdotes behind four decades of blockbuster publishing, bringing us face-to-face with dozens of larger-than-life figures: Richard Nixon, who maintained his "presidential" persona long after his public life was over; Joan Crawford, whose autobiography reflected a life she would have liked to have lived but did not; Joseph Bonanno, the retired Mafia don who'd do anything to keep from being killed by the reviewers.

And in a revelatory account that reads as compulsively as fiction, Another Life paints a vivid picture of publishing's glitterati, including Jacqueline Susann, who liberated women's fiction--and terrorized a publishing house, and Tennessee Williams, who nourished his genius on four-course vodka lunches. A veritable Who's Who of stage, screen, and letters, Another Life is the deft interweaving of publishing at it most fascinating--and storytelling at its finest.

Michael Korda is the editor in chief of Simon & Schuster as well as the author of Charmed Lives, several bestselling novels, the number one bestseller Power!, and Man to Man. He lives with his wife, Margaret, in Dutchess County, New York.

Schreiben Sie eine Bewertung für: Another Life: A Memoir of Other People