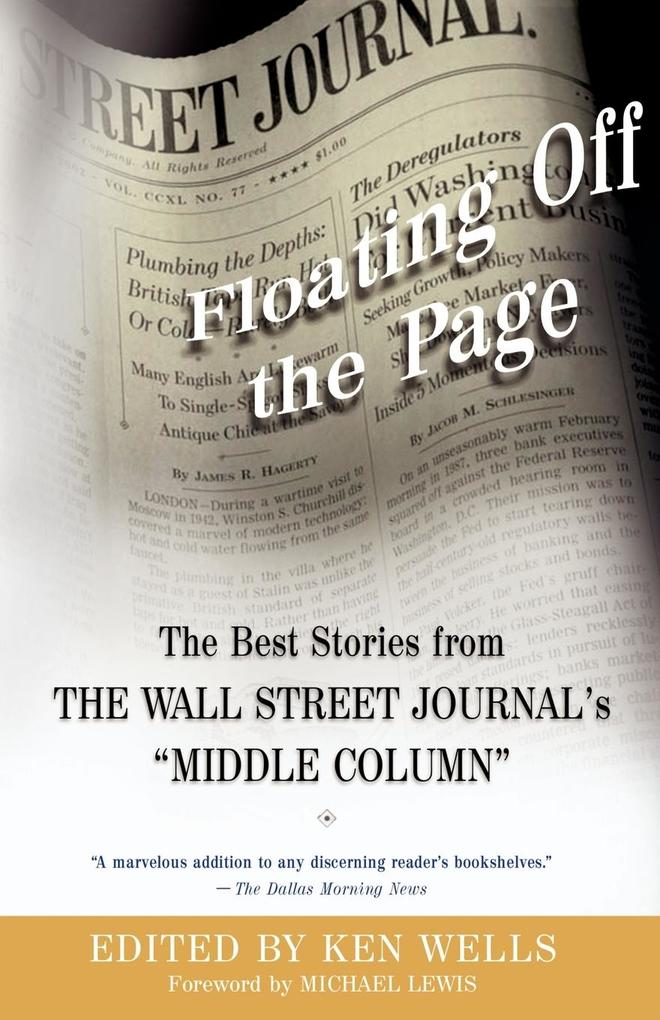 Floating Off the Page

This is a sparkling anthology of the best of The Wall Street Journal's "middle column" features that have appeared regularly on Page One of The Wall Street Journal for the past fifty years. The "A-hed"-so called because of its headline style-has evolved into an icon of American feature writing, its major charm being the ability to tell a story with wit and whimsy in 1,500 words or less. It's often a story a reader unfamiliar with the Journal wouldn't expect to find in such an august publication. Indeed, the bit of high-profile real estate that it occupies once held a daily tip sheet on the stock market. But the Journal's legendary managing editor, Barney Kilgore, decided one day that what the Journal's harried business readers really needed was a tonic or a diversion-a story that in his words, "floated off the page each day" and would be "the kind of story you don't expect to read in The Wall Street Journal." That explains why readers recently were treated to a piece on people who now freeze-dry their pets, and why a few years ago they read about the not-uncontroversial efforts to translate the Bible into Klingon. Those are but two examples of stories that actually appear in this unique and fascinating anthology.