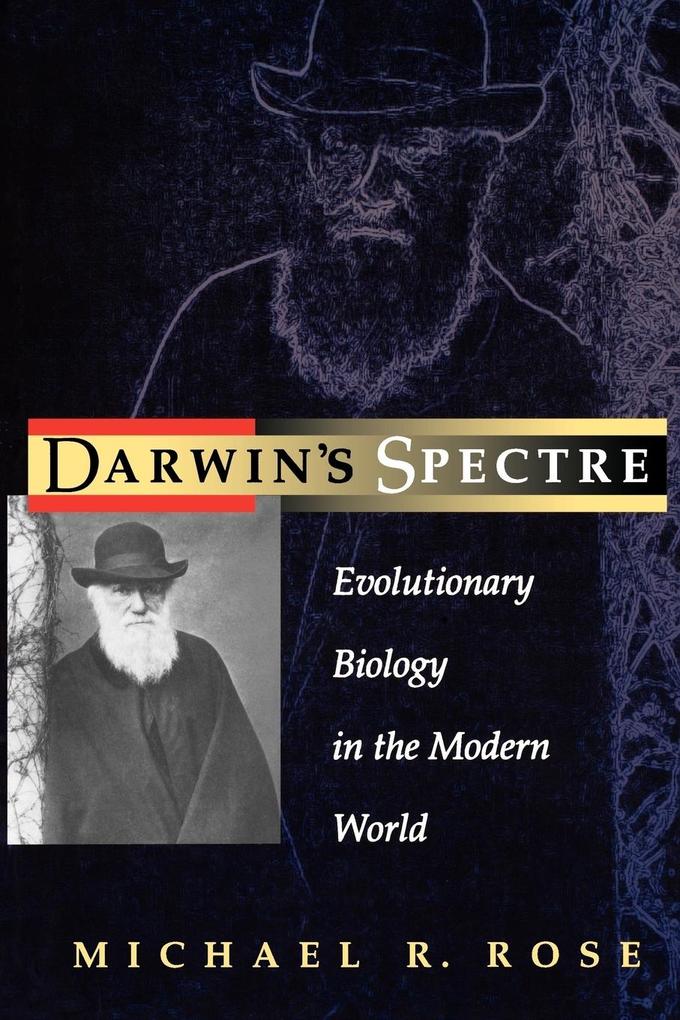 Extending the human life-span past 120 years. The "green" revolution. Evolution and human psychology. These subjects make today's newspaper headlines. Yet much of the science underlying these topics stems from a book published nearly 140 years ago--Charles Darwin's On the Origin of Species. Far from an antique idea restricted to the nineteenth century, the theory of evolution is one of the most potent concepts in all of modern science.

In Darwin's Spectre, Michael Rose provides the general reader with an introduction to the theory of evolution: its beginning with Darwin, its key concepts, and how it may affect us in the future. First comes a brief biographical sketch of Darwin. Next, Rose gives a primer on the three most important concepts in evolutionary theory--variation, selection, and adaptation. With a firm grasp of these concepts, the reader is ready to look at modern applications of evolutionary theory. Discussing agriculture, Rose shows how even before Darwin farmers and ranchers unknowingly experimented with evolution. Medical research, however, has ignored Darwin's lessons until recently, with potentially grave consequences. Finally, evolution supplies important new vantage points on human nature. If humans weren't created by deities, then our nature may be determined more by evolution than we have understood. Or it may not be. In this question, as in many others, the Darwinian perspective is one of the most important for understanding human affairs in the modern world.


Darwin's Spectre explains how evolutionary biology has been used to support both valuable applied research, particularly in agriculture, and truly frightening objectives, such as Nazi eugenics. Darwin's legacy has been a comfort and a scourge. But it has never been irrelevant.

"A world of grand ideas, daring speculation... Best of all is his discussion of the ideas surrounding evolution and human behavior... Rose plumps for a more flexible, less deterministic (but, he is keen to stress, no less Darwinian) view of the human mind."--Martin Brookes, New Scientist "Ironically, Rose evokes the image of a hovering Darwinian ghost in this altogether rational, absorbing account of the past 150 years of Darwinism... He makes an excellent case for the importance of evolutionary biology to all of science."--Kirkus Reviews