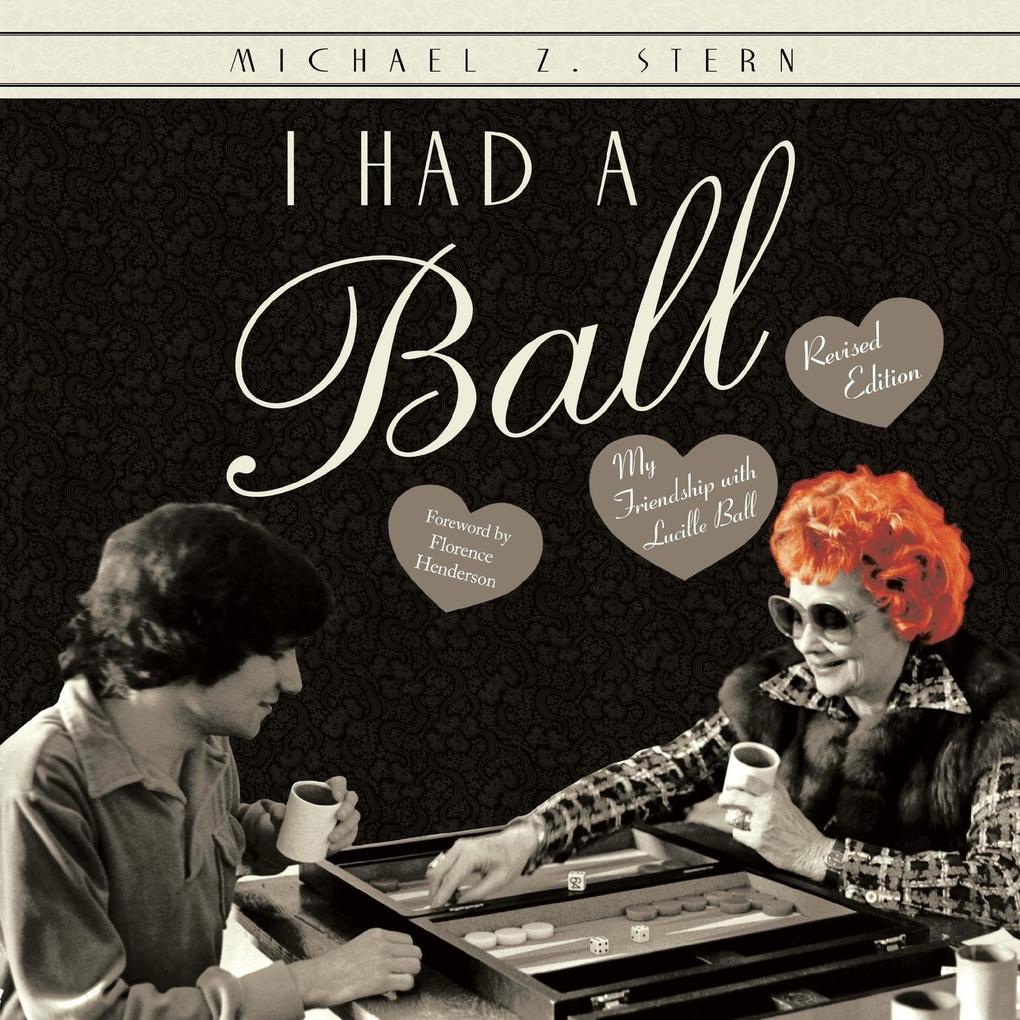 I Had a Ball: My Friendship with Lucille Ball Revised Edition

von Michael Z. Stern
Sprache: Englisch.
Taschenbuch
"Knowing how much Mom liked Michael Stern, I knew his book would be honest-and it is. I Had a Ball is full of stories no one but Michael would know. His friendship with Mom is evident on every page. A good read. Thank you, Michael (Desi Arnaz Jr.).
… weiterlesen
Dieser Artikel ist auch verfügbar als:
Geschenk per Mail versenden
Taschenbuch

Titel: I Had a Ball: My Friendship with Lucille Ball Revised Edition
Autor/en: Michael Z. Stern

"Knowing how much Mom liked Michael Stern, I knew his book would be honest-and it is. I Had a Ball is full of stories no one but Michael would know. His friendship with Mom is evident on every page. A good read. Thank you, Michael (Desi Arnaz Jr.).


"Michael's memories are my memories, only clearer. What a talent for details! It was very moving for me to relive so much of our lives through Michael's eyes. Very entertaining. Charming. And, more importantly, true. As Mom wrote on one of her photos to him, 'Happy Thoughts' (Lucie Arnaz).


"I am a big fan of Michael Stern. Yes, I know, he's the fan of all fans, and as a writer, he's opened his special door and shared real time with Lucille Ball. But Michael is beyond fan-hood. He is a doer, a volunteer, and I know that from his over-forty-year relationship helping Actors and Others for Animals. Lucy and little Lucie started the ball (no pun intended) rolling at the very first fundraiser and stayed the course. And Michael continues to respect Lucy's passion. His love for Lucy is legendary. And his value for all players is evident in his actions. Thank you, Michael, for making us all feel so good (Jackie Joseph).


"I have known Michael since he was a teenager. He was such a fan of Lucy and always appeared at filming of her shows or other events Lucy attended. One time, Lucy's mom, DeDe, took him backstage to meet Lucy in person. Lucy told him if he wanted to be her number one fan, he would have to stay in school and get a job. Lucy loved her fans, and they were important to her. Lucy did indeed call Michael her number one fan. He has been my very good friend, and he still is a very nice young man. His book has brought back many happy memories. He knew the Lucy we all loved (Wanda Clark secretary of Lucille Ball).


In 1971, ten-year-old Michael Stern thought he had died and gone to heaven as he watched a filming of Here's Lucy. He was enthralled with a redhead gifted with beauty, stage presence, and the ability to make others laugh. Over the next few years, he would attend several more filmings, meet Lucy, and eventually become (in Lucy's own words) her number one fan.


In his memoir, Michael Stern offers a refreshing glimpse into the life of a natural comedienne and actress as he provides a fascinating narrative on what it was like to become first a fan and then a friend with one of the biggest television personalities of all time. Known to fans simply as Lucy, she entertained millions of people across the world with shows like I Love Lucy, The Lucy Show, and Here's Lucy. But to Michael, who was eventually allowed access into her private world, she was a fascinating woman with whom he would share many unforgettable adventures.


I Had a Ball is a unique tribute to Lucy's legacy, her spirit, her talent, and her enthusiasm for life-sure to entertain Lucy fans, television aficionados, and comedy lovers around the world.

Schreiben Sie eine Bewertung für: I Had a Ball: My Friendship with Lucille Ball Revised Edition