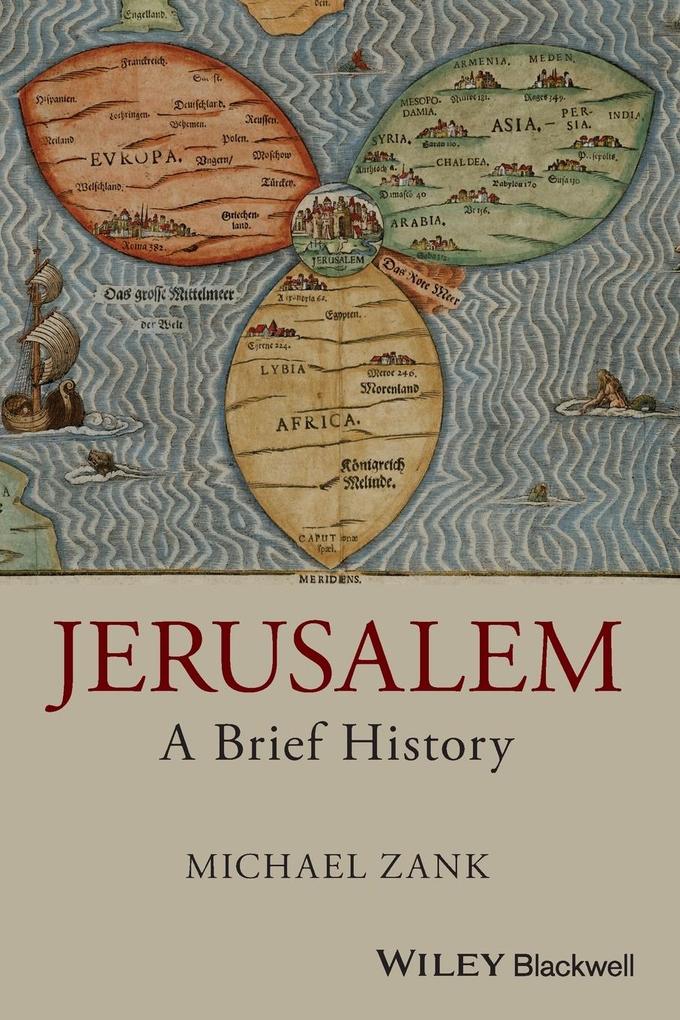 Jerusalem - A Brief History shows how Jewish, Christian, and Islamic scriptures confer providential meaning to the fate of the city and how modern Jerusalem is haunted by waves of bibl … weiterlesen

Provides a short, accessible, and lively introduction to Jerusalem

Jerusalem - A Brief History shows how Jewish, Christian, and Islamic scriptures confer providential meaning to the fate of the city and how modern Jerusalem is haunted by waves of biblical fantasy aiming at mutually exclusive status-quo rectification. It presents the major epochs of the history of Jerusalem's urban transformation, inviting readers to imagine Jerusalem as a city that is not just sacred to the many groups of people who hold it dear, but as a united, unharmed place that is, in this sense, holy.

Jerusalem - A Brief History starts in modern Jerusalem--giving readers a look at the city as it exists today. It goes on to tell of its emergence as a holy city in three different ways, focusing each time on another aspect of the biblical past. Next, it discusses the transformation of Jerusalem from a formerly Jewish temple city, condemned to oblivion by its Roman destroyers, into an imperially sponsored Christian theme park, and the afterlife of that same city under later Byzantine and Muslim rulers. Lastly, the book returns to present day Jerusalem to examine the development of the modern city under the Ottomans and the British, the history of division and reunification, and the ongoing jostling over access to, and sovereignty over, Jerusalem's contested holy places.

* Offers a unique integration of approaches, including urban history, the rhetoric of power, the history of art and architecture, biblical hermeneutics, and modern Middle Eastern Studies

* Utilizes numerous line drawings to demonstrate how its monumental buildings, created to illustrate an alliance of divine and human power, are in fact quite ephemeral, transient, and fragile

Jerusalem - A Brief History is a comprehensive and thoughtful introduction to the Holy City that will appeal to any student of religion and/or history.

About this Book vii

5 The Making of a Memorable Place 47

13 The Kingdom of Jerusalem: Of Warlords, Popes, and Preachers of Jihad 135

Michael Zank, PhD, is Professor of Religion and Jewish Studies at Boston University where he teaches a course on Holy City: Jerusalem in Time, Space, and Imagination. He has published a number of volumes including: New Perspectives on Martin Buber and The Idea of Atonement in the Philosophy of Hermann Cohen. He has been recognized twice as an outstanding teacher at Boston University.