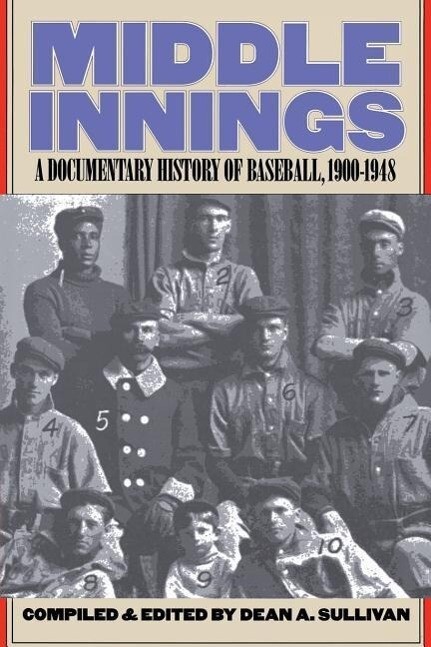 Dean A. Sullivan is the editor of "Early Innings: A Documentary History of Baseball, 1825-1908," also available in a Bison Books edition.

"An invaluable reference tool."--Newark Star-Ledger. "[Middle Innings] begins with the formation of the American League and ends with the death of Babe Ruth. In between are some of the greatest baseball stories ever told."-- Chattanooga Times. "A broad array of illuminating and often unexpected materials ... The documents range far beyond the major leagues to recognize events in semipro, college, Japanese and minor league baseball. Negro League baseball receives its due as does the Mexican League, women's teams, boy's baseball fiction and wartime baseball. Every piece meets the highest standard and together [they] offer a rich review of the period."--Sports Collectors Digest. "An enthralling collection of documents that take the reader through a colorful journey of baseball history. A great book."--Ernie Harwell.