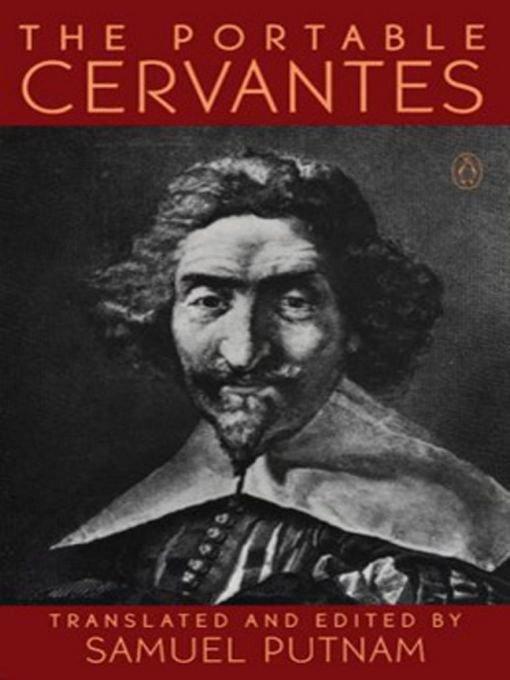 Contains Don Quixote, in Samuel Putnam's acclaimed translation, substantially complete, with editorial summaries of the omitted passages; two 'Exemplary Novels, 'Rinconete and Cortadillo' and 'Man of Glass'; and 'Foot in the Stirrup,' Cervantes's extraordinary farewell to life from The Troubles of Persiles and Sigismunda.

Miguel De Cervantes Saavedra was born in Spain in 1547 to a family once proud and influential but now fallen on hard times. His father, a poor barber-surgeon, wandered up and down Spain in search of work. Educated as a child by the Jesuits in Seville, the creator of Don Quixote grew up to follow the career of a professional soldier. He was wounded at Lepanto in 1571, captured by the Turks in 1575, imprisoned for five years, and was finally rescued by the Trinitarian friars in 1580. On his return to Spain he found his family more impoverished than ever before. Supporting his mother, two sisters, and an illegitimate daughter, he settled down to a literary career and had hopes of becoming a successful playwright, but just then the youthful Lope de Vega entered triumphantly to transform the Spanish theatre by his genius. Galatea, a pastoral romance, was published in 1585, the year of Cervantes' marriage to Catalina de Palacios y Salazar Vozmediano. But it did not bring him an escape from poverty, and he was forced to become a roving commissary for the Spanish armada. This venture, which led to bankruptcy and jail, lasted for fifteen years. Although he never knew prosperity, Cervantes did gain a measure of fame during his lifetime, and Don Quixote and Sancho Panza were known all over the world. Part I of Don Quixote was published in 1605; in 1613, his Exemplary Novels appeared, and these picaresque tales of romantic adventure gained immediate popularity. Journey to Parnassas, a satirical review of his fellow Spanish poets, appeared in 1614, and Part II of Don Quixote in 1615 as well as Eight Plays and Eight Interludes. Miguel de Cervantes died on April 23, 1616, the same day as the death of Shakespeare--his English contemporary, his only peer.