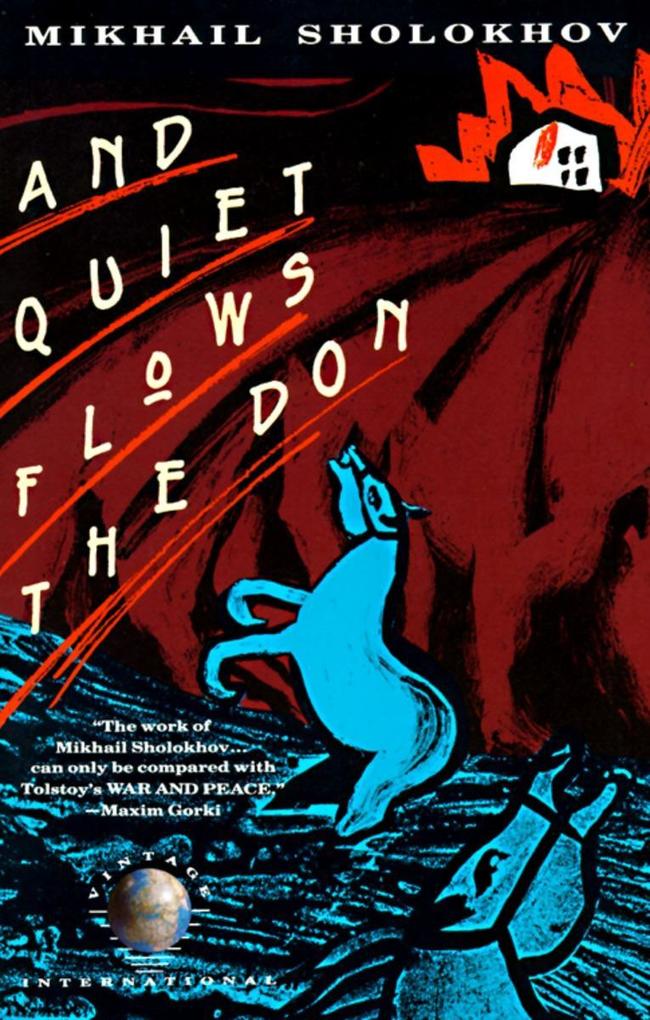 And Quiet Flows the Don

Mikhail Sholokhov's groundbreaking epic novel gives a sweeping depiction of Russian life and culture in the early 20th century. In the same vein as War and Peace, by Leo Tolsto … weiterlesen

WINNER OF NOBEL PRIZE IN LITERATURE, 1965

Mikhail Sholokhov's groundbreaking epic novel gives a sweeping depiction of Russian life and culture in the early 20th century. In the same vein as War and Peace, by Leo Tolstoy, And Quiet Flows the Don gives readers a glimpse into many aspects of Russian culture, and the choices a country makes when faced with war and destruction.

In his enormous epic of Cossack life during the Revolution...Mikhail Sholokhov has achieved even greater power, sustained narrative gift and stirring human truthfulness."-New York Times

"In addition to its panoramic grandeur, the wealth of its characters and its historic realism, Sholokhov's book is memorable for its portrayal of the primitive and already almost legendary life of the Don Cossacks."-Malcolm Cowley, New Republic

Mikhail Sholokov was born in 1905 in a village in the Don region, of a family that had been living there for many generations. Despite poverty, he was able to attend school in Moscow. At the age of fifteen he returned to his native village to become a schoolteacher, then a statistician, a food inspector, and held various other jobs. He began writing when he was eighteen years old. Today he is the Soviet Union's most famous and widely honored living novelist. And Quiet Flows the Don was published in 1928 in the Soviet Union, and in the United States in 1934. Its sequel, The Don Flows Home to the Sea (available in Vintage Books), was finished in 1939, and appeared in America in 1940. Although each is complete in itself, the two books are often referred to under the title The Silent Don. Other volumes by Sholokov that have been translated into English are Harvest on the Don, Seeds of Tomorrow, and Tales of the Don. In 1965 Mr. Sholokov was awarded the Nobel Prize for Literature.