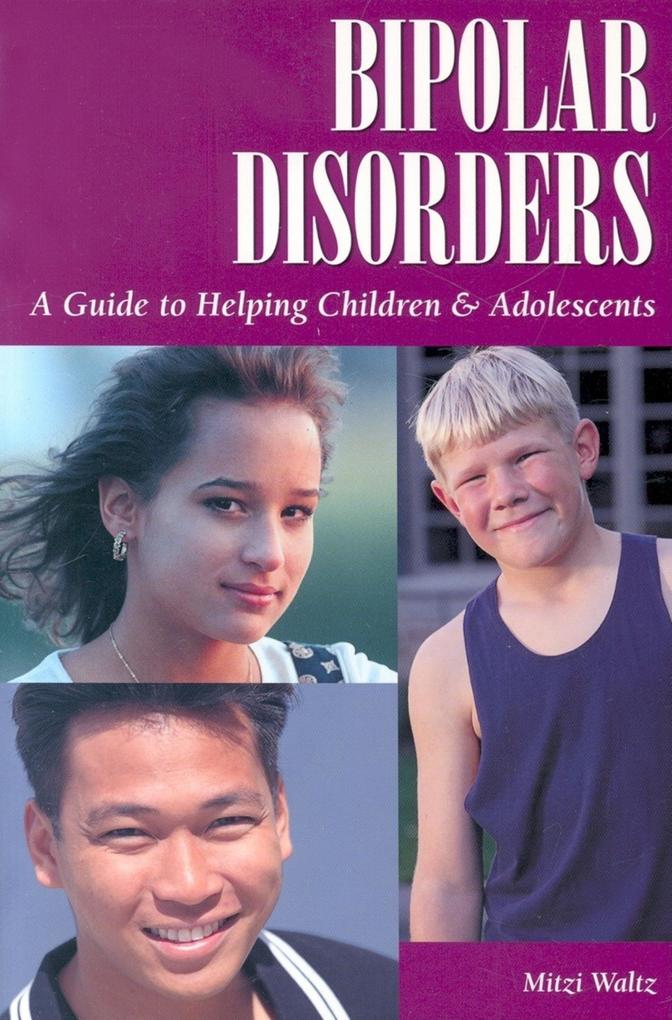 von Mitzi Waltz
Sprache: Englisch.
Taschenbuch
Until recently, bipolar disorders were almost never diagnosed in children and rarely recognized in adolescents, even though between 20 and 40 percent of the two million or more adults diagnosed with bipolar disorders in the United States experienced … weiterlesen
Geschenk per Mail versenden
Taschenbuch

Until recently, bipolar disorders were almost never diagnosed in children and rarely recognized in adolescents, even though between 20 and 40 percent of the two million or more adults diagnosed with bipolar disorders in the United States experienced the onset of illness in their teen years or before. Psychiatrists now recognize that manic depression has frequently been misdiagnosed as ADHD (or oppositional defiant disorder, conduct disorder, or depression). According to recent data, 23 percent of children currently diagnosed with ADHD will evenutally be diagnosed as having a bipolar disorder. As many as a million children in the US alone may have childhood-onset bipolar disorder.
Bipolar disorders are different in children than in adults. There are some diagnostic criteria unique to children. Some reckless behavior is limited by being a child and being under adult control. Families and communities pay a heavy toll when this disorder is not recognized and treated. Suicide is a possible outcome, as are school failure, limited job prospects, legal difficulties, and hospitalizations. Understanding and recognizing the differences in the illness for children and adolescents is key for concerned parents and professionals.
Bipolar Disorders covers the range of topics that parents need to know about in order to help their children:
* Description of the range of bipolar disorders
* Diagnostic criteria, current and proposed, including comparisons to common misdiagnoses
* Family life with bipolar disorders, including recognizing and preventing mood swings, safety, and support
* Medications, with special attention to the physiology and responses of children and adolescents
* Therapeutic interventions in various "talk therapies"
* Other interventions, such as improving sleep patterns, preventing seasonal mood swings, diet, and supplements
* Insurance issues
* school, including special education system and 504 Plans or EIPs
As author Mitzi Waltz notes, "With early intervention, the possibilities for these kids are limitless."

Mitzi Waltz is an advocate for families facing neurological issues. She has been heavily involved in online support work, and has also advocated for special-needs children within the medical, insurance, and education systems. She has written books on childhood/adolescent bipolar disorders, adult bipolar disorders, obsessive-compulsive disorder, partial seizures, and Tourettes syndrome. She is currently doing research at the Autism Research Unit in the UK.