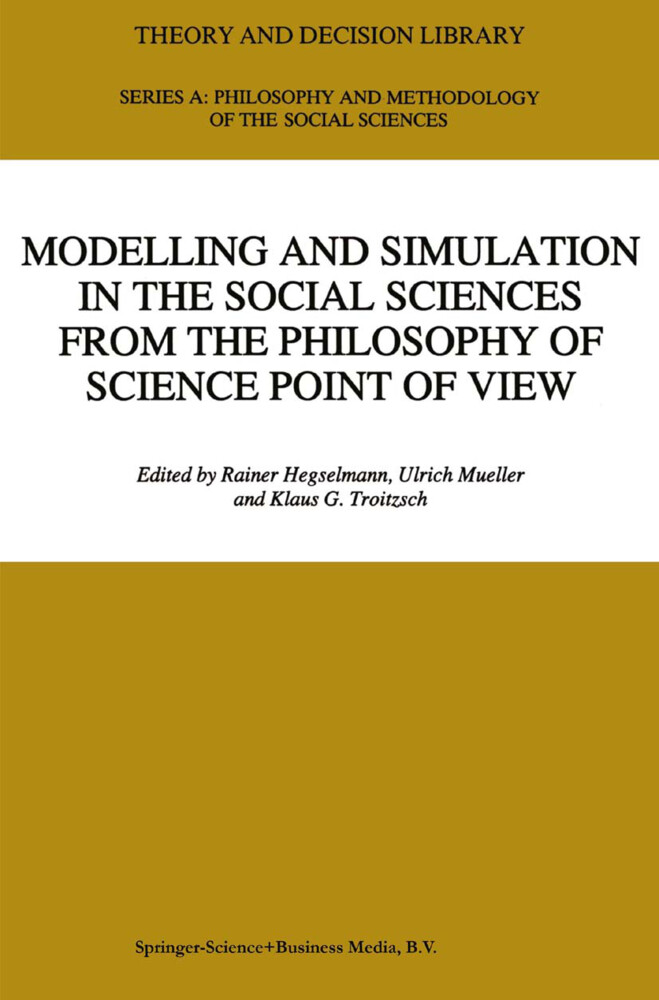 Titel: Modelling and Simulation in the Social Sciences from the Philosophy of Science Point of View

Model building in the social sciences can increasingly rely on well elaborated formal theories. At the same time inexpensive large computational capacities are now available. Both make computer-based model building and simulation possible in social science, whose central aim is in particular an understanding of social dynamics. Such social dynamics refer to public opinion formation, partner choice, strategy decisions in social dilemma situations and much more. In the context of such modelling approaches, novel problems in philosophy of science arise which must be analysed - the main aim of this book. Interest in social simulation has recently been growing rapidly world- wide, mainly as a result of the increasing availability of powerful personal computers. The field has also been greatly influenced by developments in cellular automata theory (from mathematics) and in distributed artificial intelligence which provided tools readily applicable to social simulation. This book presents a number of modelling and simulation approaches and their relations to problems in philosophy of science. It addresses sociologists and other social scientists interested in formal modelling, mathematical sociology, and computer simulation as well as computer scientists interested in social science applications, and philosophers of social science.

`Overall, this is an excellent collection of articles that cover a wide spectrum from the social and natural sciences. It would make a nice companion piece to Chaos Theory in the Social Sciences by Kiel and Elliott. ... There is a rich diversity in approach, subject matter and expertise. ...Hegselmann, Mueller and Troitzsch have put together an extraordinary book that I highly recommend.'
Journal of Artificial Societies and Social Simulation (2001)

Schreiben Sie eine Bewertung für: Modelling and Simulation in the Social Sciences from the Philosophy of Science Point of View