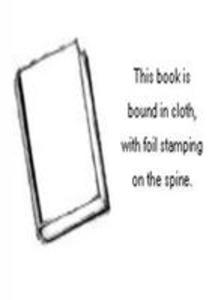 The Carrot and the Stick in Mauritania.
map.
Sprache: Englisch.

Since the early 1980s, Structural Adjustment Programs (SAPs) have represented the development policy most often pursued in developing countries. Global Restructuring and Peripheral States addresses SAPs and their implications for Third World states. Taking a pioneering geopolitical and economic approach, Ould-Mey examines the restructuring of international relations through the process of globalization and its unfolding within peripheral states such as Mauritania.

contributes substantially to our knowledge of the ways in which peripheral states are being incorporated into new networks of international obligations and regulations...essential reading for all scholars and policy makers concerned with structural adjustments and international and national restructuring in the contemporary period. -- John Pickles, University of Kentucky An important and provocative examination of the radical changes and restructuring underway in sub-Saharan Africa, and of the terrifying local consequences of what is benignly referred to as stabilization and adjustment. -- Michael Watts, director, Institute of International Studies, University of California, Berkeley Finally, a study of one country that combines detailed local knowledge with attention to the theoretical issues which excite outside experts. This is 'must' reading for students of structural adjustment and the political economy and development in Africa. -- John Agnew, Syracuse University By far the best analysis of recent economic developments in Mauritania. Professional Geographer This book will reward critical reading and also gives a serviceable introduction to Mauritania's history, society, politics and current situation. Third World Quarterly This is an important book, almost unique for the powerful links it establishes between the economic rhetoric of the structural adjustment programmes and their real political target: the denationalization of the state. -- Samir Amin, Third World Forum This provocative book makes a major contribution to the literature on structual adjustment in Africa. Ould-Mey has produced a fine book which should promote even more vigorous debate about the wholesale adoption of SAPs in Africa. -- James L.A. Webber, Jr., Colby College International Journal Of African Historical Studies, Vol. 30, N0.2, 97 The author provides a percise examination of external debt, the mechanism of its genesis and management, and the requirements of the economic policy that is derived from that debt. -- Samir Amin, Third World Form Africa Today