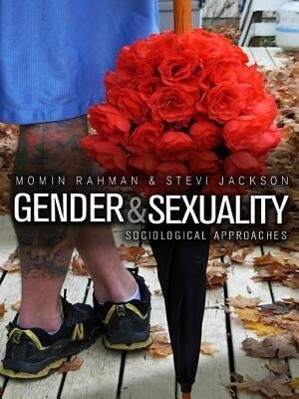 von Momin Rahman, Stevi Jackson
Sociological Approaches. black & white tables. Sprache: Englisch.
Taschenbuch
This new introduction to the sociology of gender and sexuality offers a fresh take on the importance of these concepts in modern society.

This new introduction to the sociology of gender and sexuality offers a fresh take on the importance of these concepts in modern society.

"The book offers a thorough overview both of long-standing debates around gender and sexuality and of current issues. It nicely locates the debates within the sociological tradition, and this provides a distinctive and valuable feature. Not the least of the merits of this book is its international focus, and it will prove invaluable for students exploring the diverse pattern of sexuality and gender in an age of globalization. The authors are at the cutting edge of their subject, and so is the book." Jeffrey Weeks, author of Sexuality, Third Edition and Emeritus Professor of Sociology, London South Bank University "Finally, abook that bridges feminism and critical sex studies. Rhamn and Jackson have written a smart, accessible overview of the dynamic relationship between gender and sexuality that will seriously engage an undergraduate audience. This book teaches students by raising questions and providing the intellectual resources to navigate the complex terrain of contemporary sexual and gender politics. One of the few 'must-use' classroom texts I've read in a long time." Steven Seidman, author of The Social Construction of Sexuality, State University of New York