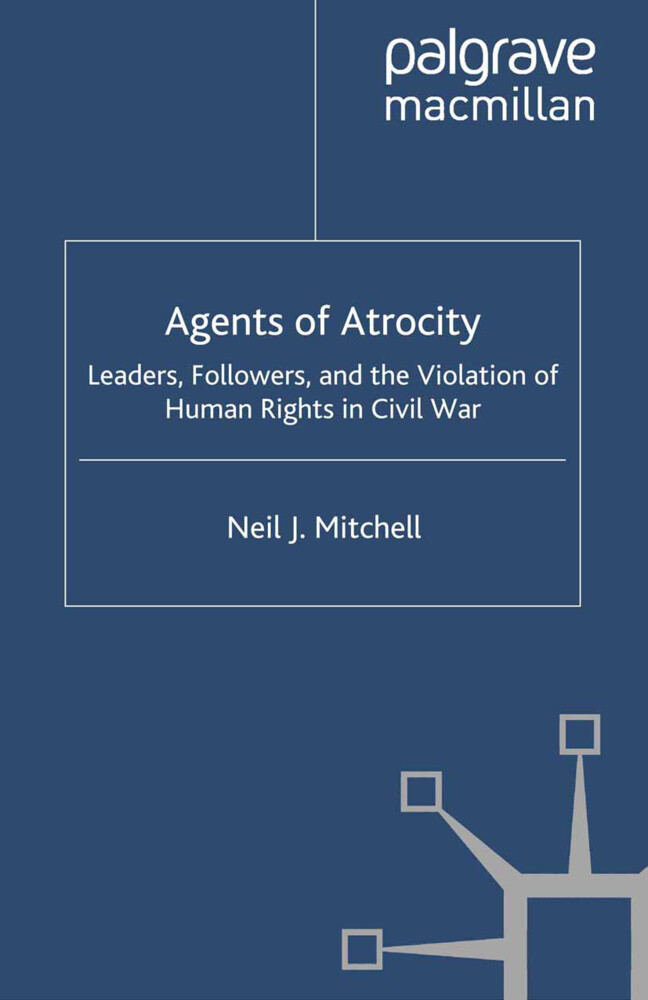 von N. Mitchell
Leaders, Followers, and the Violation of Human Rights in Civil War. Auflage 2004. IX, 228 p. Sprache:…
Taschenbuch
Who is responsible for the terror, atrocities, and violations of human rights that occur in civil wars? Blame can be directly attributed to the actual perpetrators of the massacres, rapes, and pillaging - but it can also be placed on the leaders who … weiterlesen
Dieser Artikel ist auch verfügbar als:
Geschenk per Mail versenden
Taschenbuch

Who is responsible for the terror, atrocities, and violations of human rights that occur in civil wars? Blame can be directly attributed to the actual perpetrators of the massacres, rapes, and pillaging - but it can also be placed on the leaders who often hide behind their ambivalent orders. Placing responsibility clearly in the hands of political leadership, Mitchell explores the interaction of leaders, their management practices and repressive policies, using the Arab-Israeli conflict and the English and Russian civil wars to shed light on when leaders are more or less likely to turn to atrocities to achieve their goals. With civil wars continuing to rage around the world, Agents of Atrocity provides a timely history of atrocities and the leaders and henchmen who carried them out, while providing a new context for understanding why they occur and how they can be prevented in the future.

'Agents of Atrocity provides an incisive and elegant treatment of the problem of the all too common horrors of mass murder, rape and plunder in military conflict. Using compelling theory combined with careful historical assessments of three civil conflicts (in Israel, Russia and England), Neil Mitchell places the focus squarely on the role of leaders in amplifying or moderating atrocities in armed conflicts. While the richness of the cases themselves is sufficient reason to read this book, the implications for anticipating atrocities and reducing their occurrence make it essential for those who seek to study or practice human rights and security policy.' - Hans Jenkins-Smith, Professor of Public Policy, Texas A&M University, USA

'Agents of Atrocity is an excellent and important book filling a void in contemporary human rights research. By focusing not only on the decision-makers who are at the head of abusive governments, but also on the agents who physically commit those abuses and the relationship between the two, Mitchell enhances our understanding of the dynamics of carnage. This book should be read by all who wish to understand how and why governments commit such horrific crimes, and steps that can be taken to prevent them.' - Steven C. Poe, University of North Texas, USA

'This is an erudite, literate, fascinating volume. Mitchell explains why political leaders sometimes prevent, sometimes ignore, and sometimes encourage violence, while followers, if not properly controlled, are frequently motivated by rape, loot, and sadism. Mitchell brings the individual back into the study of human rights and shows how in practice, as well as in law, international standards of accountability can moderate political violence. The book is a pleasure to read, and hard to put down.' - Rhoda Howard-Hassmann Wilfrid Laurier University, Canada

'In this remarkably readable book, Mitchell applies a principal-agent framework to the policy area of massive violence targeted at civilians...Mitchell's prescriptions involve ensuring that principals can better monitor agents, and using the...international network of human rights nongovernmental organizations...his suggestions...might just 'reduce the odds of bastards being bastards.' - Perspectives on Politics