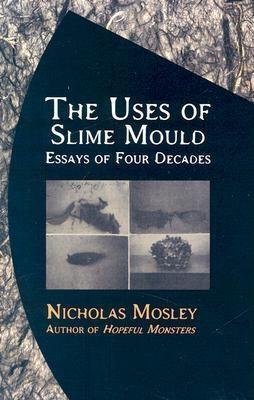 The Uses of Slime Mould: Essays of Four Decades

Including pieces on Gregory Bateson, William Faulkner, Philip Pullman, Sir Oswald Mosley's politics, religion, and stammering, this diverse collection gathers essays written by Nicholas Mosley over the past forty years. Resembling the behavior of slime mould--a strange organism made up of separate amoebae that come together to form a single pillar that survives for a short time before bursting in order to scatter its seeds across the forest floor--the ideas found in these essays converge and disperse, crossing over into other disciplines and creating a unique way of looking at the world, one echoed in Mosley's fictional writings.

Nicholas Mosley was born in London on June 25, 1923 and was educated at Eton and Oxford. He served in Italy during World War II, and published his first novel, Spaces of the Dark, in 1951. He is also the author of several works of nonfiction, most notably the autobiography Efforts at Truth and a biography of his father, Sir Oswald Mosley, entitled Rules of the Game/Beyond the Pale. He resides in London.

"Mosley is that rare bird: an English writer whose imagination is genuinely inspired by intellectual conundrums." - Robert Nye, Guardian; "Mosley is the most serious and brilliant of Britain's novelists of ideas." - Robert McFarlane, Times"