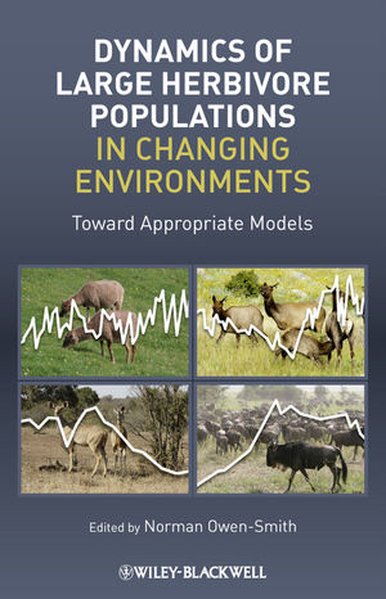 Edited and authored by top international scientists in this area
Reconciles theoretical models with the latest data on population dynamics
Develops new models for identifying factors and processes that change abundance .

This book aims to reconcile theoretical models of population dynamics with what is currently known about the population dynamics of large mammalian herbivores. It arose from a working group established at the National Center for Ecological Analysis and Synthesis at the University of California, Santa Barbara, to address the need for models that better accommodate environmental variability, especially for herbivores dependent on changing vegetation resources. The initial chapter reviews findings from definitive long-term studies of certain other ungulate populations, many based on individually identifiable animals. Other chapters cover climatic influences, emphasising temperate versus tropical contrasts, and demographic processes underlying population dynamics, more generally. There are new assessments of irruptive population dynamics, and of the consequences of landscape heterogeneity for herbivore populations. An initial review of candidate population models is followed up by a final chapter outlining how these models might be modified to better accommodate environmental variability. The contents provide a foundation for resolving problems of diminishing large mammal populations in Africa, over-abundant ungulate populations elsewhere, and general consequences of global change for biodiversity conservation. This book will serve as a definitive outline of what is currently known about the population dynamics of large herbivores.

CHAPTER 7: TOWARDS AN ECOLOGY OF POPULATION DYNAMICS (N Owen-Smith).

Norman Owen-Smith has a special interest in the behavioural and population ecology of large mammalian herbivores. After obtaining his PhD for a study of white rhinos through the University of Wisconsin, he held appointments at the universities of Pretoria and Zimbabwe before settling into a position at the University of the Witwatersrand, where he headed the Centre for African Ecology.

"It is well written and provides extensively researched examples. Surprisingly, it is a relatively short book of only 201 pages." (African Journal of Range & Forage Science, 2011)
"It will be useful for any graduate student aiming to work on ungulates, and chapters 2 and 4, in particular, will be of very general interest to anyone working on population dynamics." (British Ecological Society, 1 March 2011)