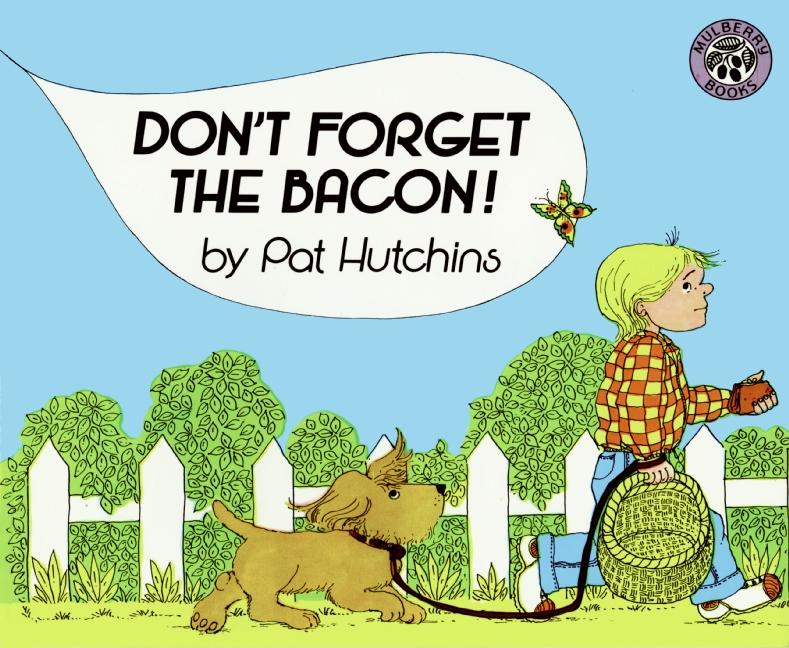 von Pat Hutchins
Empfohlen von 4 bis 8 Jahren. Sprache: Englisch.
Taschenbuch
As he sets out for the store, the boy's mother reminds him, "Six farm eggs, a cake for tea, a pound of pears, and don't forget the bacon."
On his way, he repeats, "Six fat legs...a cape for me...a flight of stairs...and don't forget the bacon." Or was … weiterlesen
Dieser Artikel ist auch verfügbar als:
Geschenk per Mail versenden
Taschenbuch

Pat Hutchins, one of seven children, was born in Yorkshire, England, and grew up in the surrounding countryside, which she still loves. At a very early age she knew that she wanted to be an artist and was encouraged by an elderly couple who would give her a chocolate bar for each picture she drew. A local art school offered her a scholarship and she studied there for three years, continuing her training at Leeds College of Art, where she specialized in illustration. Her career in the children's book field began with the highly acclaimed Rosie's Walk, a 1968 ALA Notable Book. Since then she has written five novels and created more than twenty-five picture books. She was awarded England's prestigious Kate Greenaway Medal in 1974 for The Wind Blew. Pat Hutchins lives with her husband in London, England.