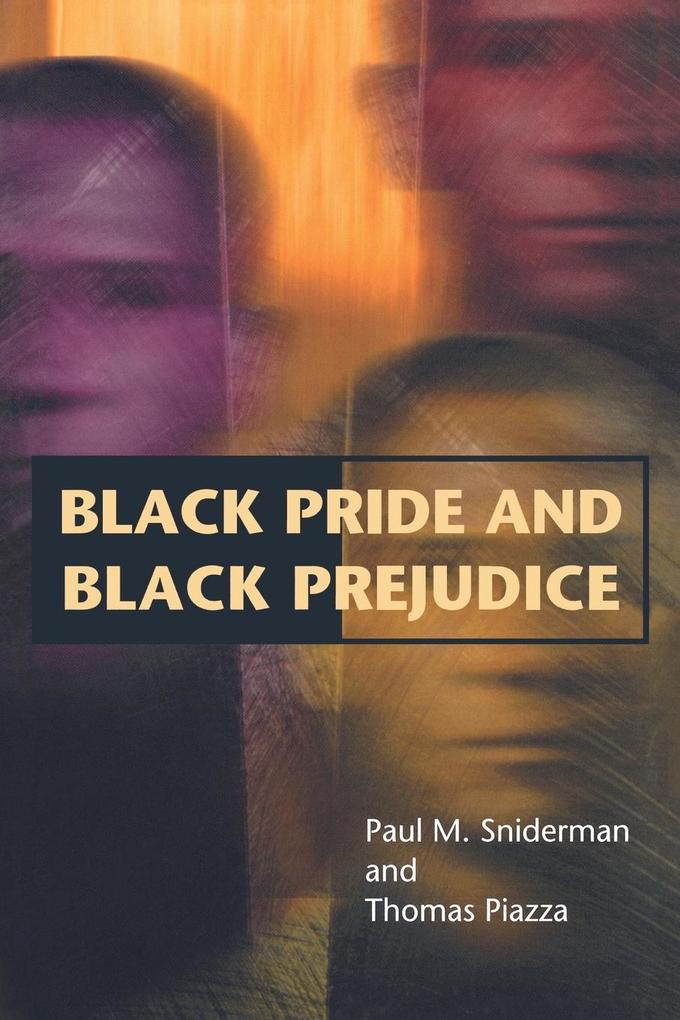 12% Rabatt³ sichern mit Gutscheincode: MAI12
​
Do "black pride" and "black prejudice" come hand in hand? Does taking pride in being black encourage the rejection of a common bond with other Americans?

In this groundbreaking study, two leading social scientists mount a challenge to those who would … weiterlesen

Do "black pride" and "black prejudice" come hand in hand? Does taking pride in being black encourage the rejection of a common bond with other Americans?

In this groundbreaking study, two leading social scientists mount a challenge to those who would answer "yes." Paul Sniderman and Thomas Piazza probe these questions in the only way possible--asking black Americans themselves to share their thoughts about each other, America, and other Americans.

Writing in a strikingly transparent style, they open a new window on the ideas and values of real individuals who make up the black community in America today. Contrary to the rhetoric of some black leaders, Sniderman and Piazza show that African Americans overwhelmingly reject racial separatism and embrace a common framework, culture, and identity with other Americans.

Although the authors find that levels of anti-Semitism are notably higher among black Americans than among white Americans, they demonstrate that taking pride in being black does not encourage blacks to be more suspicious or intolerant of others who are not black. The higher levels of anti-Semitism are instead associated with a gallery of oversimplified and accusatory ideas, including a popularized Afrocentrism and charges of vast conspiracies, that have won substantial support in the black community.

Readers of this book will come away with an understanding of how African Americans, while insistent on winning racial justice, are deeply committed to the values of the American ethos and their identity as Americans.

Paul M. Sniderman is Professor of Political Science at Stanford University. A Fellow of the American Academy of Arts and Sciences, he is the author of the widely influential "The Scar of Race", coauthored with Thomas Piazza, among other books. He is coauthor, with Thomas Piazza and others, of" The Outsider". Thomas Piazza is Senior Survey Statistician at the Survey Research Center at the University of California, Berkeley. He is the author or coauthor of many books and articles on racial attitudes and on survey methodology.

Winner of the 2003 Ralph J. Bunche Award "An engrossing social scientific study that measures the meaning and modes of expression of black pride, the factors undergirding it, and the relationship--if any--between black racial solidarity and prejudice against nonblacks... [W]ritten in lucid, accessible prose that never obscures but instead fully exposes the authors' methodology and interpretations to critical scrutiny... This cogent, challenging work promises to stir much discussion among all who deal with its issues."--Choice "This somewhat provocative book is well researched and is very well written. Its detailed analyses contribute to the extant knowledge in several fields of study, including race and ethnic politics, public opinion and political attitudes, political culture, identity politics, race relations, ethnic conflict, and political socialization. This study is a must read for serious students in each of these areas. Because of its innovative research design, the book will be of interest to scholars outside of these substantive areas as well."--Kerry L. Haynie, Perspectives on Politics