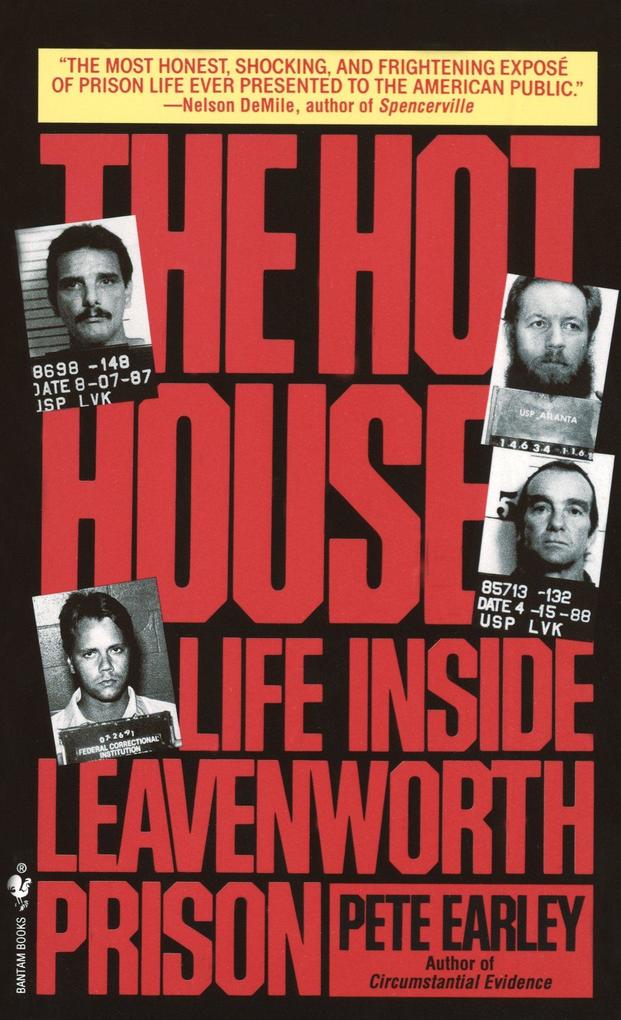 von Pete Earley
Bantam Pbk. Sprache: Englisch.
Taschenbuch
A stunning account of life behind bars at the federal penitentiary in Leavenworth, Kansas, where the nation's hardest criminals do hard time.

"A page-turner, as compelling and evocative as the finest novel. The best book on prison I've ever read."- … weiterlesen

A stunning account of life behind bars at the federal penitentiary in Leavenworth, Kansas, where the nation's hardest criminals do hard time.

"A page-turner, as compelling and evocative as the finest novel. The best book on prison I've ever read."-Jonathan Kellerman

The most dreaded facility in the prison system because of its fierce population, Leavenworth is governed by ruthless clans competing for dominance. Among the "star" players in these pages: Carl Cletus Bowles, the sexual predator with a talent for murder; Dallas Scott, a gang member who has spent almost thirty of his forty-two years behind bars; indomitable Warden Robert Matthews, who put his shoulder against his prison's grim reality; Thomas Silverstein, a sociopath confined in "no human contact" status since 1983; "tough cop" guard Eddie Geouge, the only officer in the penitentiary with the authority to sentence an inmate to "the Hole"; and William Post, a bank robber with a criminal record going back to when he was eight years old-and known as the "Catman" for his devoted care of the cats who live inside the prison walls.

Pete Earley, celebrated reporter and author of Family of Spies, all but lived for nearly two years inside the primordial world of Leavenworth, where he conducted hundreds of interviews. Out of this unique, extraordinary access comes the riveting story of what life is actually like in the oldest maximum-security prison in the country.

Praise for The Hot House

"The book is a large act of courage, its subject an important one, and . . . Earley does it justice."-The Washington Post Book World

"[A] riveting, fiercely unsentimental book . . . To [Earley's] credit, he does not romanticize the keepers or the criminals. His cool and concise prose style serves him well. . . . This is a gutsy book."-Chicago Tribune

"If you're going to read any book about prison, The Hot House is the one. . . . It is the most realistic, unbuffed account of prison anywhere in print."-Kansas City Star

"A superb piece of reporting."-Tom Clancy

Pete Earley is a storyteller who has penned seventeen books, including the New York Times bestsellers The Hot House and Crazy: A Father's Search Through America's Mental Health Madness, a finalist for the Pulitzer Prize. After a fourteen-year career in journalism, including six years at The Washington Post, Earley became a full-time author with a commitment to exposing the stories that entertain and surprise.