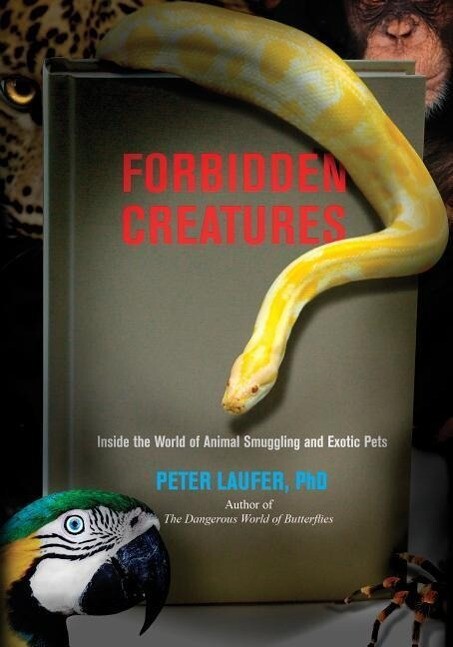 Inside The World Of Animal Smuggling And Exotic Pets.
Sprache: Englisch.

Peter Laufer, winner of major awards for excellence in reporting, is an independent journalist, broadcaster and documentary filmmaker working in traditional and new media. While a globe-trotting correspondent for NBC News, he also reported, wrote, and produced several documentaries and special event broadcasts for the network that dealt in detail with crucial social issues. Laufer's books include The Question of Consent: Innocence and Complicity in the Glen Ridge Rape Case. He's written works on the fall of Communism in Europe (titled Iron Curtain Rising), a severe criticism of contemporary talk radio, Inside Talk Radio: America's Voice Or Just Hot Air, and a book version of the documentary about Americans in prisons overseas, also titled Nightmare Abroad. Another of his books, Made in Mexico, published by the National Geographic Society, deals, in a juvenile environment, with cross border issues between California and Mexico. Laufer has written Exodus to Berlin, a book version of his study of the resurgence of the Jewish population in Germany and the concurent rise of right-wing violence, and Wetback Nation: The Case for Opening the Mexican-American Border. With Markos Kounalakis he's written Hope Is a Tattered Flag, based on conversations from "Washington Monthly on the Radio", the nationally-syndicated radio show they co-anchored. Peter Laufer was the charter anchor of the radio program "National Geographic World Talk", a nationally-syndicated show he created. He hosted "The Peter Laufer Show" Sundays on the San Francisco Clear Channel radio station Green 960. He is currently the James Wallace Chair in Journalism at the University of Oregon School of Journalism and Communication. More about his work, which has received the George Polk, Edward R. Murrow, and other awards, at peterlaufer.com.