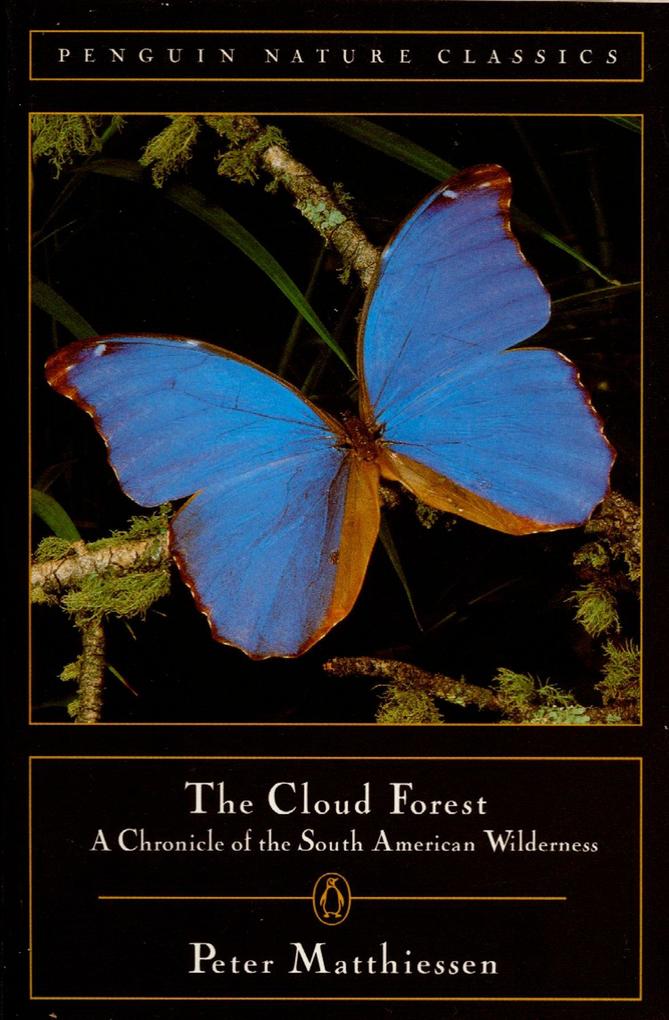 Cloud Forest: A Chronicle of the South American Wilderness

10% Rabatt sichern mit Gutscheincode: SPAREN10
​
A classic work of nature and humanity, by renowned writer Peter Matthiessen (1927-2014), author of the National Book Award-winning The Snow Leopard and the new novel In Paradise

A classic work of nature and humanity, by renowned writer Peter Matthiessen (1927-2014), author of the National Book Award-winning The Snow Leopard and the new novel In Paradise

Peter Matthiessen crisscrossed 20,000 miles of the South American wilderness, from the Amazon rain forests to Machu Picchu, high in the Andes, down to Tierra del Fuego and back. He followed the trails of old explorers, encountered river bandits, wild tribesmen, and the evidence of ancient ruins, and discovered fossils in the depths of the Peruvian jungle. Filled with observations and descriptions of the people and the fading wildlife of this vast world to the south, The Cloud Forest is his incisive, wry report of his expedition into some of the last and most exotic wild terrains in the world.

Peter Matthiessen was the cofounder of The Paris Review and is the author of numerous works of nonfiction, including In the Spirit of Crazy Horse, Indian Country, and The Snow Leopard, winner of the National Book Award.

Taschenbuch
Under the Mountain Wall: A Chronicle of…
von Peter Matthiesse…