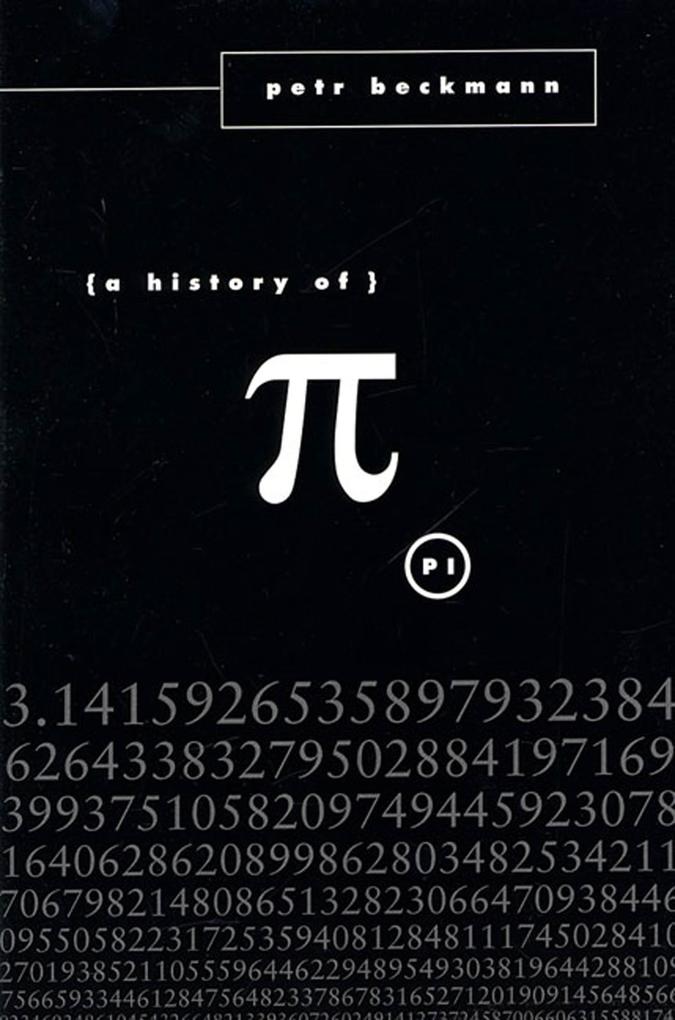 A History of Pi

The history of pi, says the author, though a small part of the history of mathematics, is nevertheless a mirror of the history of man. Petr Beckmann holds up this mirror, giving the background of the times when pi made progress -- and also when it did not, because science was being stifled by militarism or religious fanaticism.

Petr Beckmann was born in Prague, Czechoslovakia, in 1924. Until 1963, he worked as a research scientist for the Czechoslovak Academy of Sciences, when he was invited as a Visiting Professor to the University of Colorado, where he decided to stay permanently as professor of electrical engineering. He has authored eleven books and more than fifty scientific papers, mostly on probability theory and electromagnetic wave propagation.

"A pure delight . . . Entirely offbeat, which gives it its charm." --"The Denver Post"
"A very readable account." --"Science"
"A cheerful work." --"Scientific American"