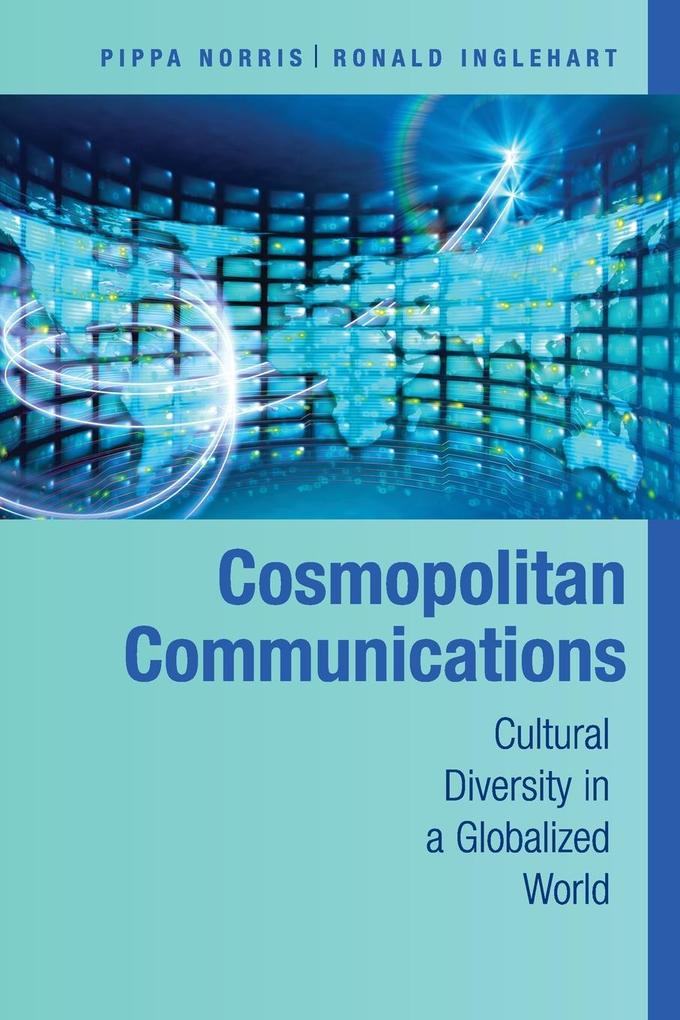 This book develops a new theoretical framework for understanding cosmopolitan communications and identifies the conditions under which global communications are most likely to endanger cultural diversity.

Pippa Norris is the McGuire Lecturer in Comparative Politics at the John F. Kennedy School of Government, Harvard University. Her work analyzes comparative elections and public opinion, gender politics, and political communications. Companion volumes by this author, also published by Cambridge University Press, include A Virtuous Circle (2000), Digital Divide (2001), Democratic Phoenix (2002), Rising Tide (2003, with Ronald Inglehart), and Electoral Engineering (2004). Ronald Inglehart is Professor of Political Science and Program Director at the Institute for Social Research at the University of Michigan. His research deals with changing belief systems and their impact on social and political change. He helped found the Euro-Barometer surveys and directs the World Values Surveys. Related books include Modernization and Postmodernization: Cultural, Economic and Political Change in 43 Societies (1997), Rising Tide (2003, with Pippa Norris), and Development, Cultural Change and Democracy (2004, with Christian Welzel).

"A challenging, fact-packed study that defangs the monster of cultural imperialism! Scholars and governments may not agree with the authors' conclusions, but they cannot ignore the powerful arguments set forth in this seminal volume. This book is a major contribution to the study of global communication flows and their impact on diverse cultures." -Doris Graber, University of Illinois at Chicago "Norris and Inglehart have written an important book on the debate about the impact of mass media on cultural values across the world. It turns conventional wisdom on its head by showing that, far from producing cultural convergence, the impact of an increasingly global mass media differs significantly according to the medium as well as the audience. Where societies show an openness to the broader world, cosmopolitan values can flourish. In other contexts, cosmopolitan values are likely to make less headway. Access to mass media still allows plenty of room for the imprint of distinctive national cultures. This book will be indispensable to all those interested in debates about the changing nature and form of culture in a global age." -David Held, London School of Economics "Cosmopolitan Communications addresses widely held beliefs and theories of the impact of mass communication on society. Is access to modern mass media destroying cultural diversity? Does it generate cultural convergence? Are we facing 'Americanization' or cultural imperialism as a consequence? This book tackles these questions empirically on a global scale. Results demonstrate that the spread of media of mass communication does have an impact on all spheres of life. However, and more importantly, results also show that the fear of a loss of cultural diversity is greatly exaggerated and mostly unfounded. This book is a long awaited contribution to a debate that has relied on ideological argument alone far too long." -Hans-Dieter Klingemann, Social Science Research Center Berlin "The authors present a well documented and balanced examination of the role and influence mass media on cultures. Based on their 'firewall theory' the book is a significant addition to the crucial area detailing under what circumstances values are impacted by Western media and values on a global level. It breaks new ground and provides a comprehensive analysis of factors influencing or not influencing a range of cultures. Must read for anyone looking at the nexus of culture and mass media from an international perspective." -Thomas McPhail, University of Missouri "Norris and Inglehart's comprehensive and highly commendable book is not only empirically very rich but also breaks new ground theoretically. Cosmopolitan Communications provides a new roadmap for the study of transnational communication and culture." -Daya Thussu, University of Westminster, London "This meticulous and sophisticated empirical survey of the formation of cultural and political values in relation to exposure to news media dispels some persistent myths and casts new light on a discourse which has become dominated by entrenched positions. More than this, it offers an original and persuasive thesis on the significantly moderating effects of local cultural and institutional conditions on cosmopolitan communications. A landmark study and an essential point of reference for analysts, activists and policy makers alike." -John Tomlinson, Nottingham Trent University