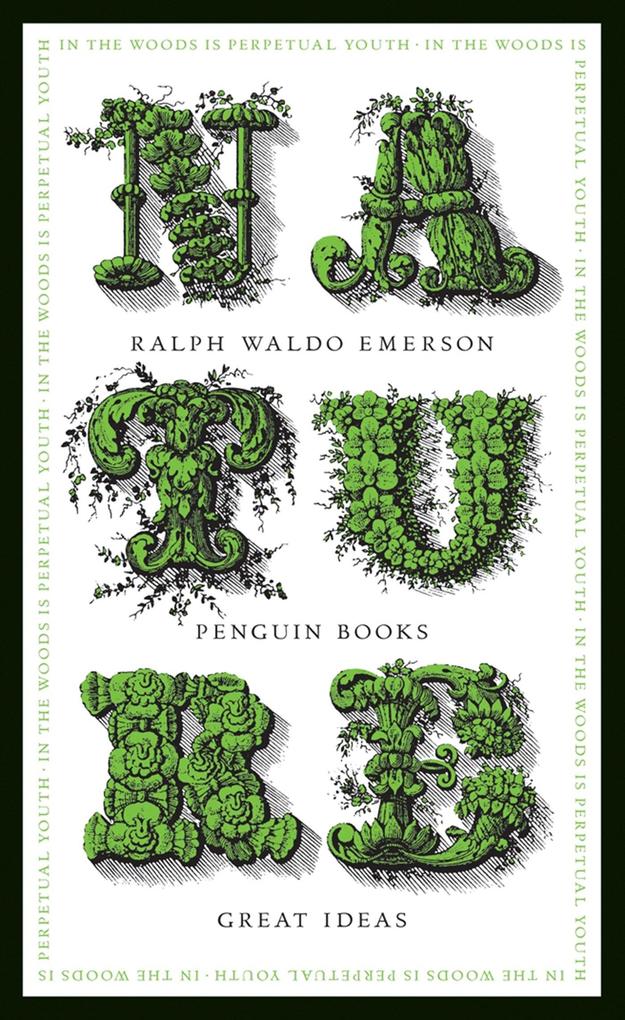 von Ralph Waldo Emerson
Empfohlen ab 18 Jahre. Sprache: Englisch.
Taschenbuch
Through his writing and his own personal philosophy, the famed philosopher unburdened his young country of Europe's traditional sense of history and showed Americans how to be creators of their own circumstances. His mandate, which called for harmony … weiterlesen
Dieser Artikel ist auch verfügbar als:
Geschenk per Mail versenden
Taschenbuch

Through his writing and his own personal philosophy, the famed philosopher unburdened his young country of Europe's traditional sense of history and showed Americans how to be creators of their own circumstances. His mandate, which called for harmony with, rather than domestication of, nature, and for a reliance on individual integrity, rather than on materialistic institutions, is echoed in many of the great American philosophical and literary works of his time and ours, and has given an impetus to modern political and social activism.

Ralph Waldo Emerson, the son of a Unitarian minister and a chaplain during the American Revolution, was born in 1803 in Boston. He attended the Boston Latin School, and in 1817 entered Harvard, graduating in 1820. Emerson supported himself as a schoolteacher from 1821-26. In 1826 he was "approbated to preach," and in 1829 became pastor of the Scond Church (Unitarian) in Boston. That same year he married Ellen Louise Tucker, who was to die of tuberculosis only seventeen months later. In 1832 Emerson resigned his pastorate and traveled to Eurpe, where he met Coleridge, Wordsworth, and Carlyle. He settled in Concord, Massachusetts, in 1834, where he began a new career as a public lecturer, and married Lydia Jackson a year later. A group that gathered around Emerson in Concord came to be known as "the Concord school," and included Bronson Alcott, Henry David Thoreau, Nathaniel Hawthorne, and Margaret Fuller. Every year Emerson made a lecture tour; and these lectures were the source of most of his essays. Nature (1836), his first published work, contained the essence of his transcendental philosophy , which views the world of phenomena as a sort of symbol of the inner life and emphasizes individual freedom and self-reliance. Emerson's address to the Phi Beta Kappa society of Harvard (1837) and another address to the graduating class of the Harvard Divinity School (1838) applied his doctrine to the scholar and the clergyman, provoking sharp controversy. An ardent abolitionist, Emerson lectured and wrote widely against slavery from the 1840's through the Civil War. His principal publications include two volumes of Essays (1841, 1844), Poems (1847), Representative Men (1850), The Conduct of Life (1860), and Society and Solitude (1870). He died of pneumonia in 1882 and was buried in Concord.