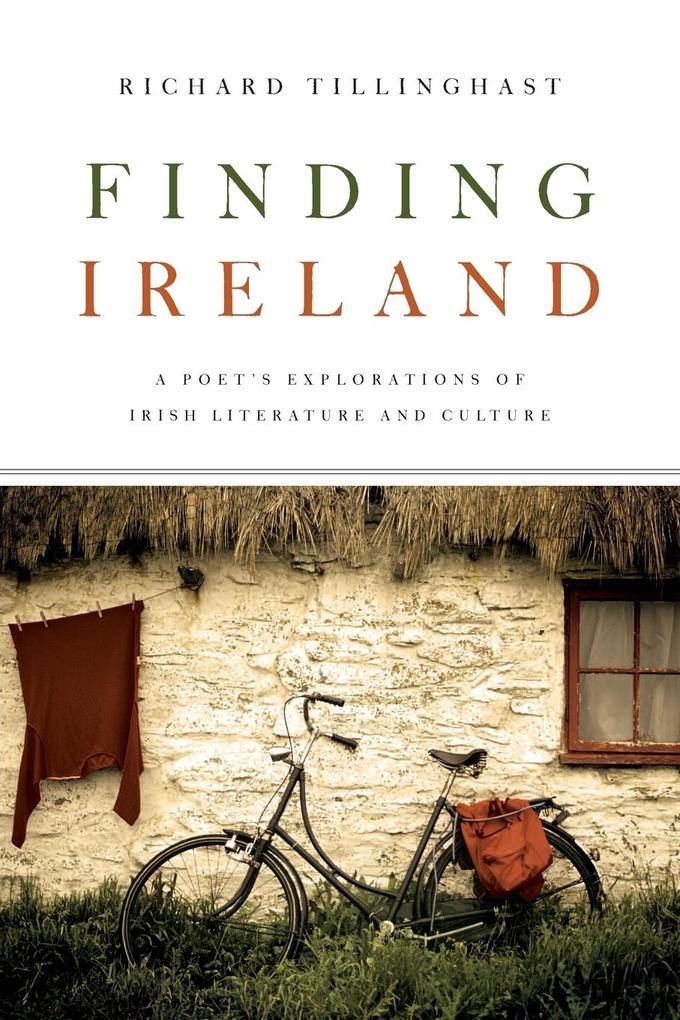 von Richard Tillinghast
A Poet's Explorations of Irish Literature and Culture. Paperback. Sprache: Englisch.
Taschenbuch
Richard Tillinghast, a celebrated American poet and critic, lived for a year in Ireland in the early 1990s and then returned each year until he became a resident in 2005. From an insider/outsider perspective, he writes vividly and evocatively about t … weiterlesen
Geschenk per Mail versenden
Taschenbuch

Richard Tillinghast, a celebrated American poet and critic, lived for a year in Ireland in the early 1990s and then returned each year until he became a resident in 2005. From an insider/outsider perspective, he writes vividly and evocatively about the land and people of his adopted home, its culture, its literature, and its long, complex history. Tillinghast orients the reader to Ireland as it is today. Following its entry into the European Union, Ireland changed radically from an impoverished, provincial, former British colony to a country where a farmer takes his wife on skiing holidays in Switzerland and is proud of his wine cellar, to one now home to immigrants from Europe, Africa, and Asia. For many Americans-Irish Americans in particular-Ireland is a mythic and timeless land; from his unique vantage point, Tillinghast debunks a good many stereotypes that prevent our seeing Ireland for what it was, as well as what it has become. Most of Finding Ireland is devoted to thoughtful readings of the works of Irish writers and playwrights, including W. B. Yeats, Seamus Heaney, Oscar Wilde, and Brian Friel, as well as lesser-known names that deserve a wider readership. Tillinghast also considers the significant contributions of Anglo-Irish authors-John Millington Synge, Elizabeth Bowen, George Moore, Violet Martin and Edith Somerville, William Trevor, and Derek Mahon-with excursions into Irish architecture, music, and garden design. In contemporary Ireland, Tillinghast finds a dynamic society that has stepped out of the shadows of its troubled past to embrace an inclusive, outward-looking interpretation of its history. Intimate in tone, entertaining, and always accessible, Finding Ireland captures an expatriate's enthusiasm for his new country and its evolving identity.
"This is the book to give anyone going to Ireland for the first-or the twentieth-time. Tillinghast tells us where traditional music is best heard, and how to look at Gandon's Custom House and the Rock of Cashel. He is well informed about Irish history and the realities of twenty-first century Ireland. But he also recognizes that there is, as Yeats reminds us, 'an Ireland/The poets have imagined, terrible and gay.' Finding Ireland offers a sensitive introduction to that other Ireland in a series of meditations on Irish writers and the places they evoke for us, abiding presences even in today's bustling republic of high-rises and industrial parks."-Robert Tracy, Emeritus Professor of English and Celtic Studies, University of California, Berkeley
"In Finding Ireland, Richard Tillinghast gives us the essays of a 'man of letters' as he surveys a given cultural scene. There is something about them that tacitly reaffirms the idea of an informed traveler, seeking not so much earth-shaking epiphanies, but one who can register nuance and rhythms, one who can see how things are unfolding within the other culture. What holds this all together is Richard Tillinghast's voice, his imagination, modes of perception, and his long intimacy with literary art in general, and Irish writing in particular, and then add to that the delight we can take in his own curiosity, and how he uses it almost as if on our behalf. That voice is what we trust, and that voice is what we learn from. His book adds immensely to our conversation about Irish culture and society."-Frederick Marchant, Suffolk University
"Tillinghast offers an affectionate, questioning exploration of Ireland's literary inheritance and a poet's keen sense of the places which have inspired the country's writers. He is alert, too, to the continuities and changes which characterize current experience."-Terence Brown, Trinity College, Dublin
"Finding Ireland: A Poet's Explorations of Irish literature and Culture offers a welcome gathering of perceptive pieces by the poet-critic Richard Tillinghast. An American who has lived on and off in Ireland, Tillingh

RICHARD TILLINGHAST is a poet and critic. His most recent poetry and essay collections are Six Mile Mountain and Poetry and What is Real, respectively He is a frequent contributor to literary journals and magazines, and publishes reviews and travel articles in The New York Times. He lives in County Tipperary.