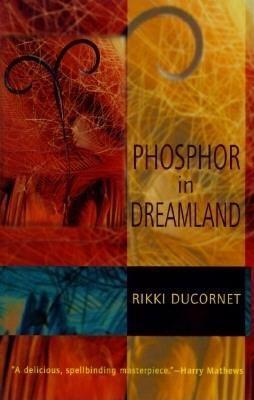 von Rikki Ducornet
Empfohlen ab 22 Jahre. Sprache: Englisch.
Taschenbuch
An unnamed narrator relates the marvelous 17th-century history of a remote Caribbean island (Birdland) in this lushly imaginative latest by the author of The Jade Cabinet (1993), among other fancifully erudite fictions that seem to combine the streng … weiterlesen
Geschenk per Mail versenden
Taschenbuch

An unnamed narrator relates the marvelous 17th-century history of a remote Caribbean island (Birdland) in this lushly imaginative latest by the author of The Jade Cabinet (1993), among other fancifully erudite fictions that seem to combine the strengths and weaknesses of Jorge Luis Borges, Robert Burton, and Ducornet's probably closest model, the late Angela Carter. It's the story of a foundling, named Phosphor (for the literal "luminosity" he exudes), and the "mendicant scholar" Foginius, who raises and educates the boy, all the while thwarting and stifling Phosphor's ravenous intellectual curiosity. Fascinated by the seemingly magical properties of light, Phosphor invents the "ocalurscope" - an early version of the camera. Falling in love with professor Tardanza's lissome daughter Extravaganza, the young inventor determines to "capture" the island both in photographic images and in the epic poem (excerpts from which show up in the text) that he's writing in celebration of his beloved. Phosphor's talents are commandeered by the wealthy nobleman Fantasma, whose dream of aggrandizement mocks and perverts the former's rapturous worship of "the mutable word" he thus records. Ducornet's beautiful sentences, crammed with arcane and fascinating particulars, incarnate a sensual delight in the material world far stronger than any desires to exploit or possess it. The polymathic lyricism of her prose, which is quite capable of feyness and preciosity, is equally often richly amusing, especially in her superbly offbeat figurative language (e.g, a beautiful woman's laughter "rattled and thundered in his brain like the body of a vampire eager to leave is coffin") and also in the learned footnotes that embellish the text, giving to the whole a convincingly antiquarian air. Not, perhaps, for every taste, Ducornet's fabulous narrative contrivances offer the serious reader both an unusual challenge and a dreamy scape from the constrictions of realism. She's something of a mythical beast herself: a surrealist with a sense of humor, and also a sense of history. (Kirkus Reviews)