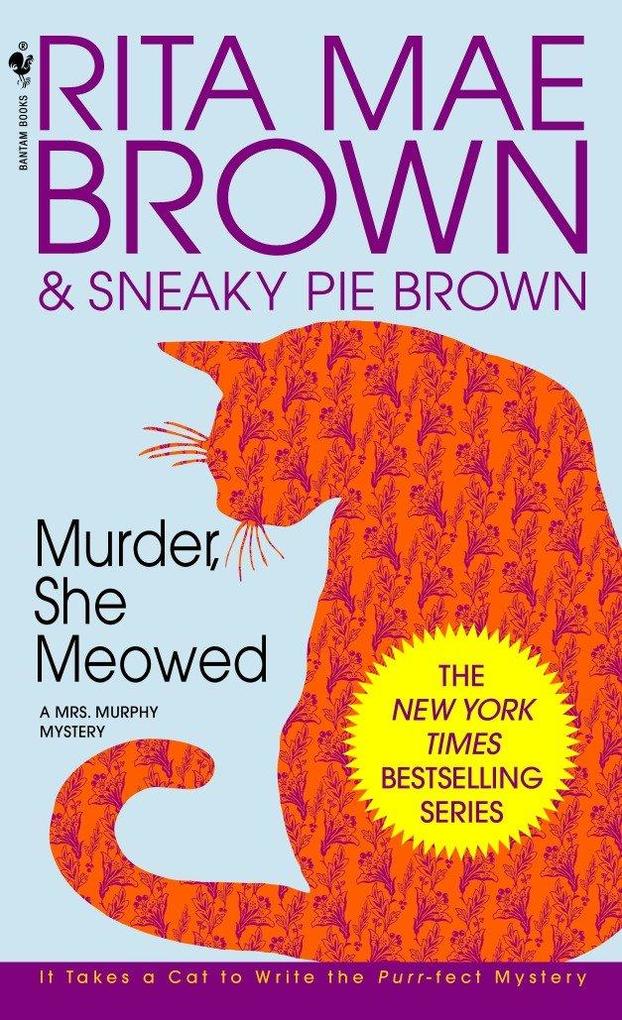 The annual steeplechase races are the high point in the social calendar of the horse-mad Virginians of cozy Crozet. But when one of the jockeys is found murdered in the main barn, Mary Minor "Harry" Haristeen finds herself in a desperate race of her own-to trap the killer. Luckily for her, she has an experienced ally: her sage tiger cat, Mrs. Murphy. Utilizing her feline genius to plumb the depths of human depravity, Mrs. Murphy finds herself on a trail that leads to the shocking truth behind the murder. But will her human companion catch on in time to beat the killer to the gruesome finish line?

"The browns [Rita Mae and Sneaky Pie] once again blend plot, character, and atmosphere with plenty of wit and charm to create a delightful entertainment."-Publishers Weekly

Rita Mae Brown is the bestselling author of the Sneaky Pie Brown series; the Sister Jane series; A Nose for Justice and Murder Unleashed; Rubyfruit Jungle; In Her Day; and Six of One, as well as several other novels. An Emmy-nominated screenwriter and a poet, Brown lives in Afton, Virginia.

Sneaky Pie Brown, a tiger cat born somewhere in Albemarle County, Virginia, was discovered by Rita Mae Brown at her local SPCA. They have collaborated on numerous Mrs. Murphy mysteries-in addition to Sneaky Pie's Cookbook for Mystery Lovers and Sneaky Pie for President.