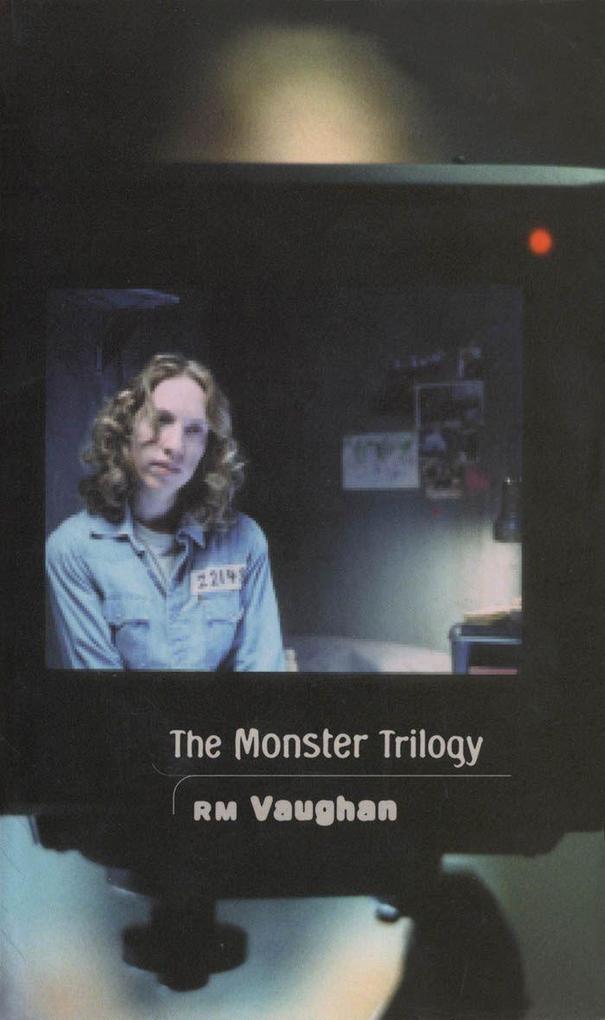 Ogres, trolls, demons - monsters, like violence, are always represented as male. Not this time. Celebrated playwright RM Vaughan gives us, in three one-act monologues, three very monstrous women.
In "A Visitation by St Teresa of Avila upon Constable Margaret Chance," we meet a middle-aged police officer whose world view is determined by her obsession with race, bloodlines and genetic determinism. "The Susan Smith Tapes" (made into a film for CBC and Showcase by Jeremy Podeswa) shows the famous American who drowned her two young sons trying to recapture the public's attention by auditioning for talk shows. And "Dead Teenagers" introduces us to a frustrated reverend unhealthily addicted to the spectacle of large funerals for murdered children.

RM Vaughan is a Toronto-based writer, playwright and video artist originally from New Brunswick. His many books include the poetry collections A Selection of Dazzling Scarves and Invisible to Predators, the novel A Quilted Heart, the plays Camera, Woman, The Monster Trilogy and the novel Spells (ECW). Vaughan was the 1994-95 Playwright in Residence at Buddies in Bad Times, and he writes about art and culture for a wide range of publications. His writing can be seen in a regular column for The National Post

'A sort of poetic realism is perhaps the best way to describe these explosive little plays. They blow the lid off language and tantalize with the extremity of their real, and lived, (e)motion. R.M. Vaughan writes beautifully and bitterly about violence and modes of power. What could be better for art, or the theatre?'