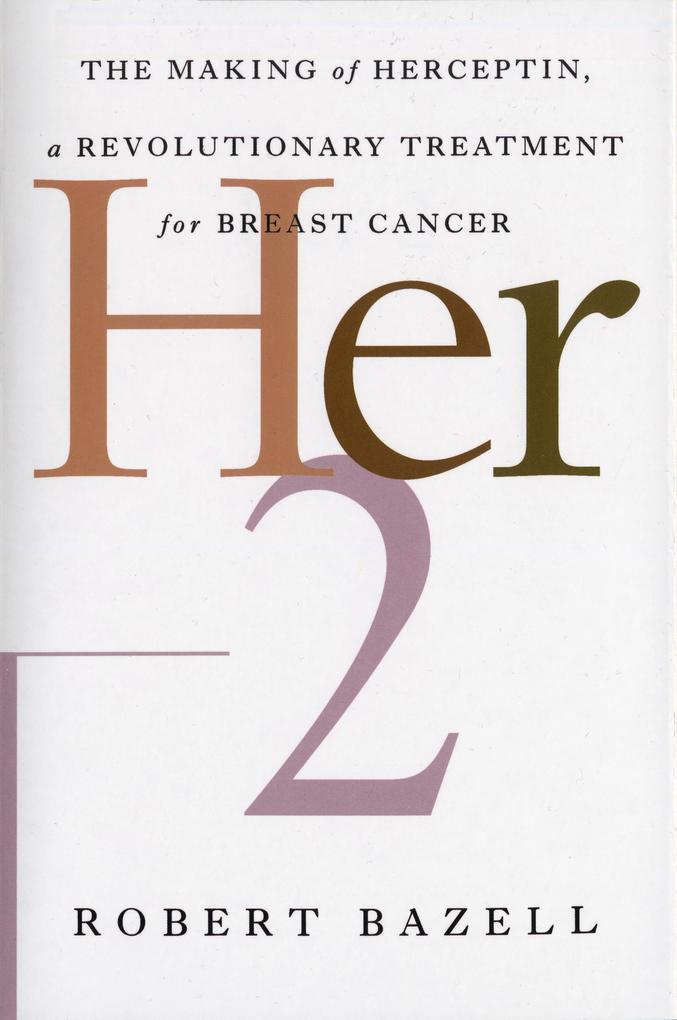 Her-2: The Making of Herceptin, a Revolutionary Treatment for Breast Cancer

Titel: Her-2: The Making of Herceptin, a Revolutionary Treatment for Breast Cancer
Autor/en: Robert Bazell

Two years after she underwent a mastectomy and chemotherapy, Barbara Bradfield's aggressive breast cancer had recurred and spread to her lungs. The outlook was grim. Then she took part in Genentech's clinical trials for a new drug. Five years later she remains cancer-free.

Her-2 is the biography of Herceptin, the drug that provoked dramatic responses in Barbara Bradfield and other women in the trials and that offers promise for hundreds of thousands of breast cancer patients. Unlike chemotherapy or radiation, Herceptin has no disabling side effects. It works by inactivating Her-2/neu--a protein that makes cancer cells grow especially quickly-- produced by a gene found in 25 to 30 percent of all breast tumors. Herceptin caused some patients' cancers to disappear completely; in others, it slowed the progression of the disease and gave the women months or years they wouldn't otherwise have had. Herceptin is the first treatment targeted at a gene defect that gives rise to cancer. It marks the beginning of a new era of treatment for all kinds of cancers.

Robert Bazell presents a riveting account of how Herceptin was born. Her-2 is a story of dramatic discoveries and strong personalities, showing the combination of scientific investigation, money, politics, ego, corporate decisions, patient activism, and luck involved in moving this groundbreaking drug from the lab to a patient's bedside. Bazell's deft portraits introduce us to the remarkable people instrumental in Herceptin's history, including Dr. Dennis Slamon, the driven UCLA oncologist who played the primary role in developing the treatment; Lily Tartikoff, wife of television executive Brandon Tartikoff, who tapped into Hollywood money and glamour to help fund Slamon's research; and Marti Nelson, who inspired the activists who lobbied for a "compassionate use" program that would allow women outside the clinical trials to have access to the limited supplies of Herceptin prior to FDA approval of the drug. And throughout there are the stories of the heroic women with advanced breast cancer who volunteered for the trials, risking what time they had left on an unproven treatment. Meticulously researched, written with clarity and compassion, Her-2 is masterly reporting on cutting-edge science.

Robert Bazell is the chief science correspondent for NBC News. His reports, which appear on the NBC Nightly News, Today, and Dateline NBC, have won every major award in broadcasting. He has written for many publications, including The New Republic, The New York Times, and The New York Times Magazine. He lives in New York with his wife, Margot, and daughter, Stephanie.

Schreiben Sie eine Bewertung für: Her-2: The Making of Herceptin, a Revolutionary Treatment for Breast Cancer