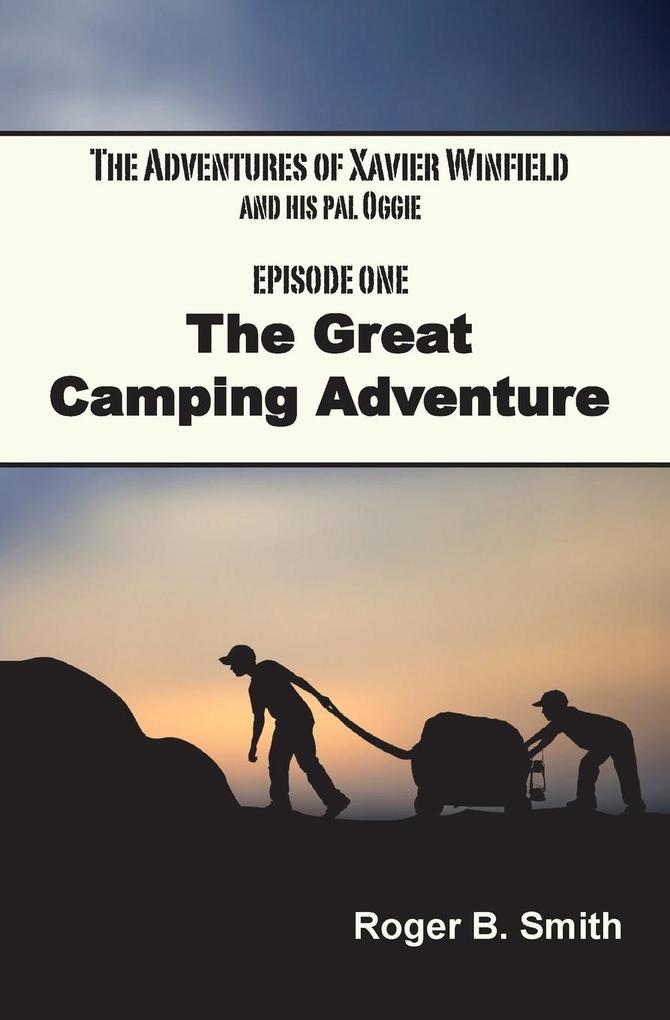 The Adventures of Xavier Winfield and His Pal Oggie, EPISODE ONE

15% Rabatt10 sichern mit Gutscheincode: BOOK15
​
From author and former scientist Roger B. Smith, this is the first of Seven Books in a Series about youth adventures, discovery, antics between friends, and unfortunately PERIL!
Xavier Winfield is a precious 11 year old in a time past where life was s … weiterlesen
Geschenk per Mail versenden
Taschenbuch

Titel: The Adventures of Xavier Winfield and His Pal Oggie, EPISODE ONE
Autor/en: Roger B Smith

From author and former scientist Roger B. Smith, this is the first of Seven Books in a Series about youth adventures, discovery, antics between friends, and unfortunately PERIL!
Xavier Winfield is a precious 11 year old in a time past where life was simple, entertainment was often found outside the house, and adventure was a lived experience. With his one year younger best friend Oggie (pronounced AWE-gee), they discover life together in the most unusual and extravagant ways, often not by their own choosing but a result of the places they locate themselves because of their shared adventurous nature.
By Episode Three, a new youth joins the team for the remainder of the series who becomes a contest for the intellect senior of the adventure duo, turned trio. Will Xavier and Oggie be able to remain best friends? Will their relationship overcome the strain and emotion, of this new element? Learn with them in each successive episode how jealousy, pride, loyalty, and discouragement, can impact our relationships and how each can be overcome through ones own choices.
The books are written for Young Adult and Adult audiences alike, with an emphasis upon learning lessons in life without having to run the yardage and without getting severely injured along the way. Each episode has a lesson to be learned plus many things in life that have to be dealt with along the way, and also how to deal with them. Friendships and relationships can be a challenge, but more challenging is how to nurture and grow them.
Each episode has geological, industrial, or scientific, fact or phenomenon, that is weaved into the escapade, in such a way that the presentation is interesting while also learning something of interest. A glossary is provided in the back of the book for italicized words throughout the text so that the reader can look up advanced or special genre meanings.
OF SPECIAL INTEREST - Every book is written for general audience without expletives or immoral content.
Come join the boys as they grow up with each successive episode and take you on the ride of your life !!

A former industrial scientist and inventor, Roger Smith, is a family man who was raised in a small community with minimal resources, much like the places his early works illustrate. Within the life of everyone of us, there is a story, an adventure, and that's the place to begin the path to discovery.

Schreiben Sie eine Bewertung für: The Adventures of Xavier Winfield and His Pal Oggie, EPISODE ONE