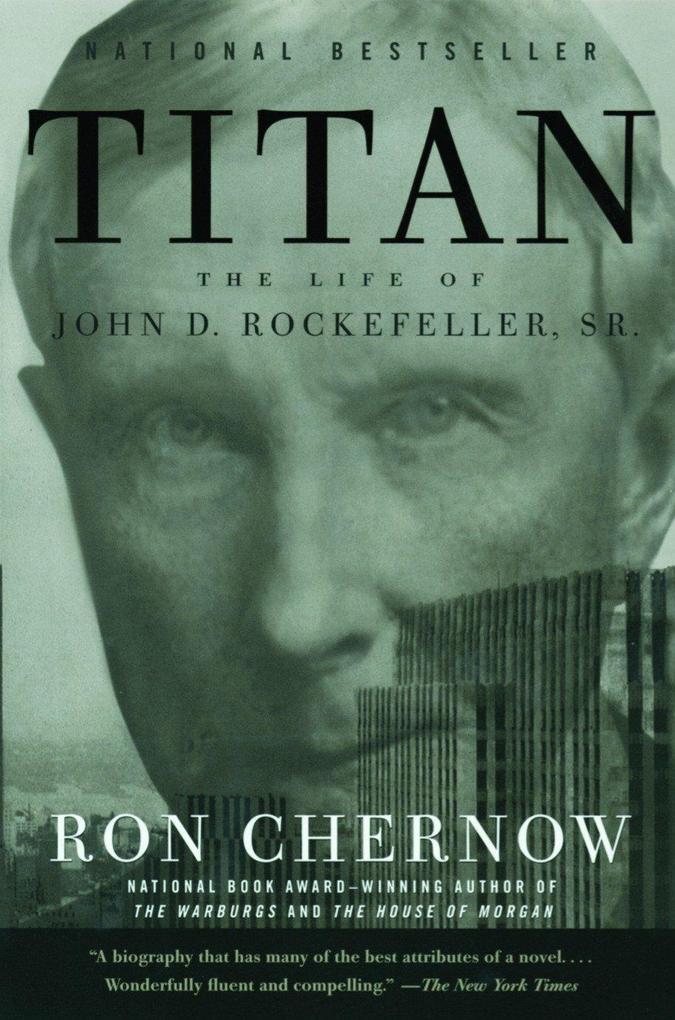 From the acclaimed, award-winning author of Alexander Hamilton: here is the essential, endlessly engrossing biography of John D. Rockefeller, Sr.-the Jekyll-and-Hyde of American capitalism. In the course … weiterlesen

From the acclaimed, award-winning author of Alexander Hamilton: here is the essential, endlessly engrossing biography of John D. Rockefeller, Sr.-the Jekyll-and-Hyde of American capitalism. In the course of his nearly 98 years, Rockefeller was known as both a rapacious robber baron, whose Standard Oil Company rode roughshod over an industry, and a philanthropist who donated money lavishly to universities and medical centers. He was the terror of his competitors, the bogeyman of reformers, the delight of caricaturists-and an utter enigma.

Drawing on unprecedented access to Rockefeller's private papers, Chernow reconstructs his subjects' troubled origins (his father was a swindler and a bigamist) and his single-minded pursuit of wealth. But he also uncovers the profound religiosity that drove him "to give all I could"; his devotion to his father; and the wry sense of humor that made him the country's most colorful codger. Titan is a magnificent biography-balanced, revelatory, elegantly written.

Ron Chernow's bestselling books include The House of Morgan, winner of the National Book Award; The Warburgs, which won the George S. Eccles Prize; The Death of the Banker; Titan: The Life of John D. Rockefeller, nominated for the National Book Critics Circle Award; Washington: A Life, which received the Pulitzer Prize for Biography; and Alexander Hamilton, nominated for the National Book Critics Circle Award and adapted into the award-winning Broadway musical Hamilton. Chernow has served as president of PEN American Center and has received seven honorary doctoral degrees. He lives in Brooklyn, New York.

"A biography that has many of the best attributes of a novel. . . . Wonderfully fluent and compelling." -The New York Times

"A triumph of the art of biography. Unflaggingly interesting, it brings John D. Rockefeller Sr. to life through sustained narrative portraiture of the large-scale, nineteenth-century kind." -The New York Times Book Review

"Important and impressive. . . . Reveals the man behind both the mask and the myth." -The Wall Street Journal