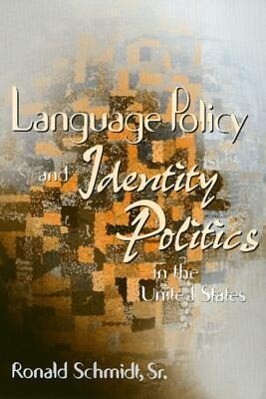 Well over thirty million people in the United States speak a primary language other than English. Nearly twenty million of them speak Spanish. And these numbers are growing. Critics of immigration and multiculturalism argue that recent government language policies such as bilingual education, non-English election materials, and social service and workplace "language rights" threaten the national character of the United States. Proponents of bilingualism, on the other hand, maintain that, far from being a threat, these language policies and programs provide an opportunity to right old wrongs and make the United States a more democratic society.This book lays out the two approaches to language policy -- linguistic assimilation and linguistic pluralism -- in clear and accessible terms. Filled with examples and narratives, it provides a readable overview of the U.S. "culture wars" and explains why the conflict has just now emerged as a major issue in the United States.Professor Schmidt examines bilingual education in the public schools, "linguistic access" rights to public services, and the designation of English as the United States' "official" language. He illuminates the conflict by describing the comparative, theoretical, and social contexts for the debate. The source of the disagreement, he maintains, is not a disagreement over language per se but over identity and the consequences of identity for individuals, ethnic groups, and the country as a whole. Who are "the American people"? Are we one national group into which newcomers must assimilate? Or are we composed of many cultural communities, each of which is a unique but integral part of the national fabric? This fundamentalpoint is what underlies the specific disputes over language policy. This way of looking at identity politics, as Professor Schmidt shows, calls into question the dichotomy between "material interest" politics and "symbolic" politics in relation to group identities.Not limi

"Finally, a study that is at one and the same time understandable and scholarly, factual and ethical, pluralist and integrationist, and sensitive to the often disregarded overlap between class, race and ethnicity, a study that sympathetically examines all sides of the American language policy issue and finds that these sides can and should come together productively, so that both pluribus and unum will obtain." --Joshua A. Fishman, Ph.D., editor of Language and Ethnic Identity, Oxford University Press "In Language Policy and Identity Politics in the United States, Schmidt provides an innovative approach to considering how issues of education, linguistic access to political and civil rights, and English as the official language are centrally tied to understandings of national identity." --Luis Fraga, Associate Professor of Political Science, Stanford University "This book is a major contribution to an understanding of language conflicts. It shows in a very insightful way that, beyond the controversies over specific issues and policies, such conflicts involve confrontations between socio-political values and diagnoses of the implications of ethno-linguistic diversity for the social order. Schmidt's analysis also makes sense of an enigma: Why is language a source of conflict in a society in which the national language is clearly not threatened?" --Raymond Breton, Professor Emeritus, University of Toronto "Professor Schmidt's thought-provoking and insightful book offers a significant contribution to our critical understanding of language concerns and identity politics, not simply as primordial attachments, but as important initiatives towards the redefinition and reconstruction of society itself. In the process, he compels our respectful recognition of the varied and valuable ways of being human in the world." --Dr. Maulana Karenga, Professor and Chair, Department of Black Studies, California State University, Long Beach and author of Odu Ifa: The Ethical Teachings "Moving beyond analysis to specific plans, [Schmidt] provides us with our national agenda for the new millennium. He enables us to see the dawning of identity politics as a high priority in our new political understanding of the United States." --David F. Marshall, Professor of English, Linguistics, and Peace Studies, University of North Dakota "[A] comprehensive examination of American language policy debates." --Journal of Politics