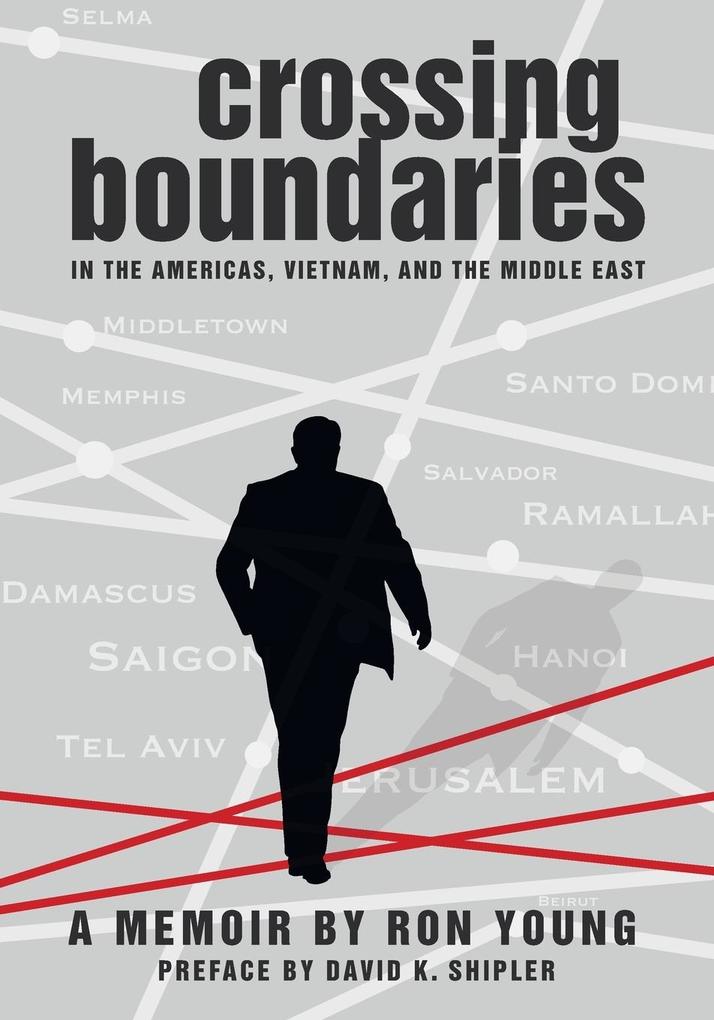 Crossing Boundaries in the Americas, Vietnam, and the Middle East

von Ron Young
Paperback. Sprache: Englisch.
Taschenbuch
Crossing Boundaries in the Americas, Vietnam, and the Middle East is the personal, yet profoundly political first-person account of one man's unique interracial and interfaith leadership roles over five decades in movements for civil rights, against … weiterlesen
Geschenk per Mail versenden
Taschenbuch

Crossing Boundaries in the Americas, Vietnam, and the Middle East is the personal, yet profoundly political first-person account of one man's unique interracial and interfaith leadership roles over five decades in movements for civil rights, against the Vietnam War, and for Arab-Israeli-Palestinian peace. Ron Young's story, told with honesty, humility, and humor, gives an insider view of key events in these movements and personalizes a significant strain of modern American history not often afforded sufficient attention in either the textbooks or the mainstream press. This book is an important read for anyone interested in these issues and movements. It should be recommended reading for students in colleges and high schools.

""This personal memoir of Ron's is more significant than simple autobiography. His story is the country's story--or, a part of the country's story not usually told vividly. . . . If you are ever tempted to despair that Americans have lost their moral compass, look into Ron Young's generous life of activism. He has not been alone.""
--David K. Shipler, from the preface

""A heartfelt account of building bridges across deep divides and putting progressive peace values into practice.""
--Eboo Patel, author of Acts of Faith

""Ron Young's memoir offers the reader a personal view into the history of the civil rights movement, the peace movement, and the ongoing struggle in the Middle East. Crossing Boundaries in the Americas, Vietnam, and the Middle East is a moving and instructive gift to today's generation.""
--Joan Brown Campbell, former General Secretary, National Council of Churches, USA

""Ron Young's personal story will inspire young people working for peace, justice, and reconciliation in the Middle East and beyond. Crossing Boundaries in the Americas, Vietnam, and the Middle East provides a riveting account of one man's lifelong commitment to his core values and a primer on how to translate those values into action to make the world a better place.""
--Jeremy Ben Ami, President, JStreet, Washington, DC

""Crossing Boundaries in the Americas, Vietnam, and the Middle East is more than one person's memoir. Ron Young's life is a witness that the deepest chasms that divide us as people, including race, politics, and religion--with their complexities, histories, and seemingly irresolvable conflicts--call us to renewed resolve to be about God's work of reconciliation, justice, and peacemaking.""
--Mark Hanson, Presiding Bishop, 2001-13, Evangelical Lutheran Church in America, Chicago, IL


Ron Young is a consultant to thirty American Jewish, Christian, and Muslim religious leaders working together for Israeli-Palestinian peace. In the 1980s, Ron and his wife Carol Jensen lived in the Middle East while pursuing a Quaker assignment of listening to Arabs and Israelis. During the Vietnam War, Ron resisted the draft, visited Saigon and Hanoi, and coordinated peace marches on Washington in 1969 and 1970. Ron also worked with Rev. Jim Lawson in a black Methodist church in Memphis in 1962, and with Martin Luther King Jr. in Selma in March of 1965. Ron remains a popular and inspiring speaker at colleges, high schools, congregations, and community forums.