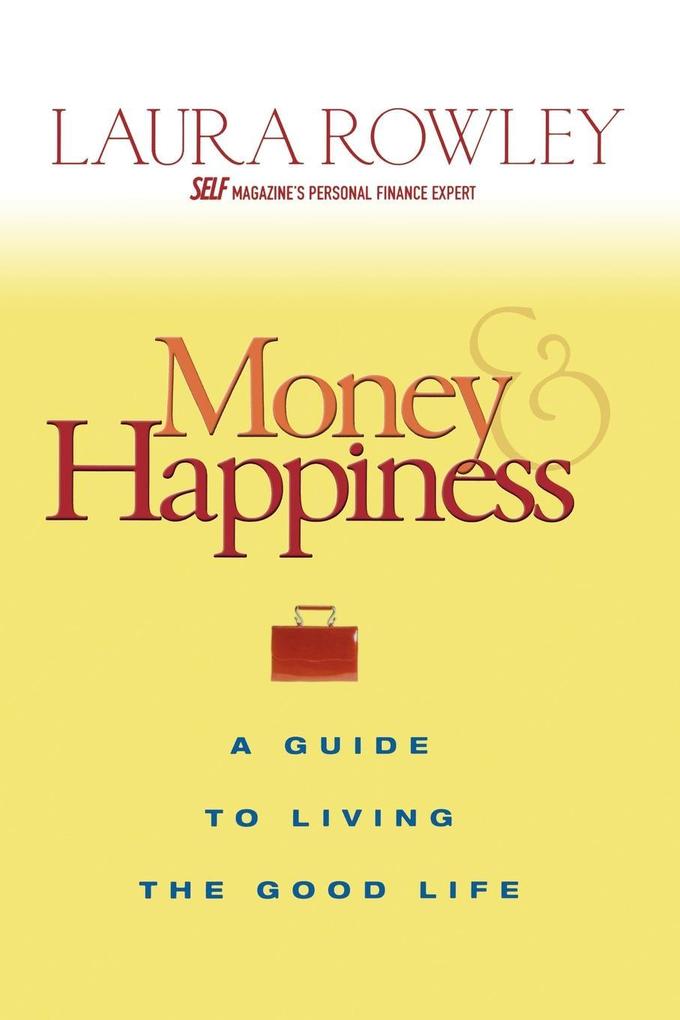 An inspirational guide to managing money according to values and priorities In Money and Happiness, award-winning print and television journalist Laura Rowley reveals the secret to financial happiness: aligning your money and your values. Rowley, the weekly " Money & Happiness" columnist for Yahoo! Finance and contributing editor for Self magazine, gives readers a road map to wealth with practical financial tools and positive strategies for creating " the good life" in a meaningful way. Laura Rowley (Maplewood, NJ) is an award-winning print and television journalist and the author of the book On Target: How the World' s Hottest Retailer Hit a Bull' s-Eye (0-471-25067-8).

Acknowledgments. Introduction. 1. Wealth and Values. 2. Identifying Your Values: Family, Community, Personality. 3. What Do You Believe about Money? 4. How Money Relates to Your Happiness. 5. Managing Spending and Banishing Debt. 6. How to Save. 7. Get Your Retirement Plan in Gear. 8. Fear, Greed, and Money Mistakes. 9. Money Milestones. 10. The Final Word on Money, Values, and Happiness. Notes. Resources. Index.

LAURA ROWLEY is an award-winning print and television journalist and the author of On Target: How the World's Hottest Retailer Hit a Bull's-Eye (also from Wiley). She writes the weekly "Money & Happiness" column for Yahoo! Finance and is a contributing editor for Self magazine. Rowley is a former reporter and producer for CNN Business News in New York, reporting on air for Your Business and Business Unusual. Her freelance writing has appeared in the New York Times, Parents, Baby Talk, and other publications. Rowley has been interviewed by Good Morning America, CNBC, Bloomberg Television, Oxygen, and numerous other broadcast programs and print publications, including the Wall Street Journal. She holds a master of divinity from New York Theological Seminary, a bachelor's degree cum laude in journalism from the University of Illinois at Urbana-Champaign, and a premier degree in French studies from the University of Burgundy in France. Visit her Web site at www.laurarowley.com.