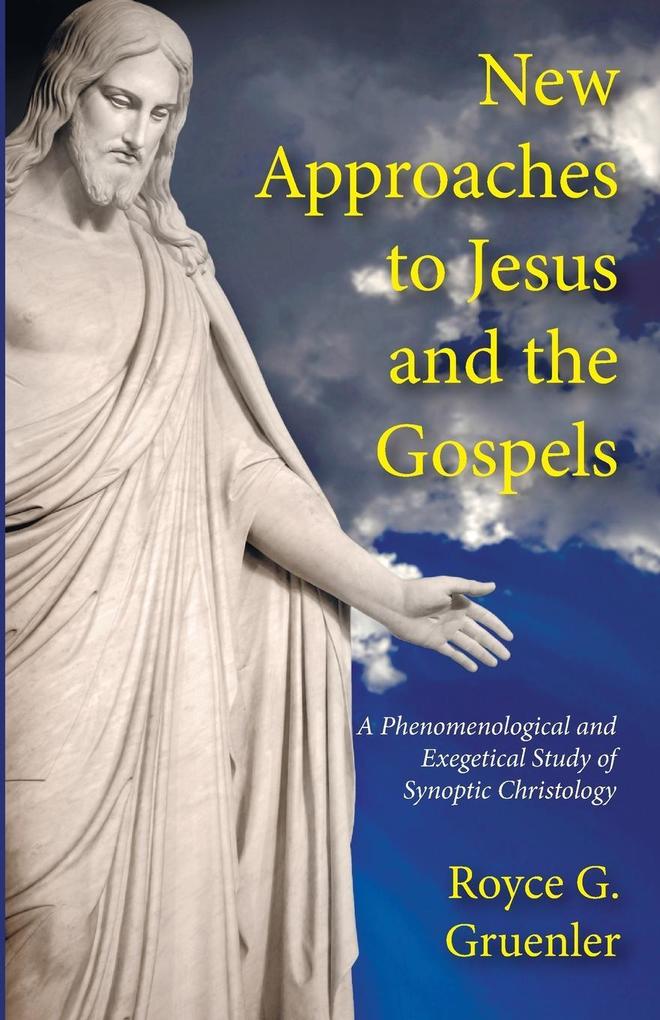 New Approaches to Jesus and the Gospels

The approaches of contemporary New Testament scholarship to Jesus and the Gospels have been, in Royce Gordon Gruenler's view, inadequate. Instead, he offers some imaginative and well-articulated reflections on several new and promising approaches. These ""have meant a great deal to me over the past few years,"" he writes, ""since in fact I had a change of personal commitment from a former liberalism which had run dry, to the rediscovery of the vitality of my earlier evangelical heritage."" This change was precipitated by ""the investigation of the data"" that this provocative volume details.

Gruenler employs a phenomenology of persons, borrowed from Wittgenstein, to highlight the fundamental claims of Jesus. Though limiting himself to the core of sayings accepted by radical critics as authentic, the author concludes that Jesus' concept of himself is so incredible on any human level that it becomes academic to insist on separating his implicit from his explicit christological claims. The use of redaction criticism to distinguish the two, therefore, is misguided.

Marshaled in support are Lewis, who urges attentiveness and obedience to the story; Ramsey, who points to the ""logically odd"" supernaturalism of the Gospels; Polanyi, the tacit dimension of trust; Marcel, Jesus' creative fidelity; Tolkien, the spell of the story; and Van Til, the importance of presuppositions in Gospel research.


Royce Gordon Gruenler is Professor of New Testament Emeritus at Gordon-Conwell Theological Seminary. He holds a PhD from the University of Aberdeen and has written, in addition to numerous articles, the book Jesus, Persons, and the Kingdom of God.

Royce Gordon Gruenler is a preacher, teacher, and author. 'The Trinity in the Gospel of John' is his fifth book. He holds a Ph.D. degree from the University of Aberdeen, and he is Professor Emeritus of New Testament at Gordon-Conwell Theological Seminary.