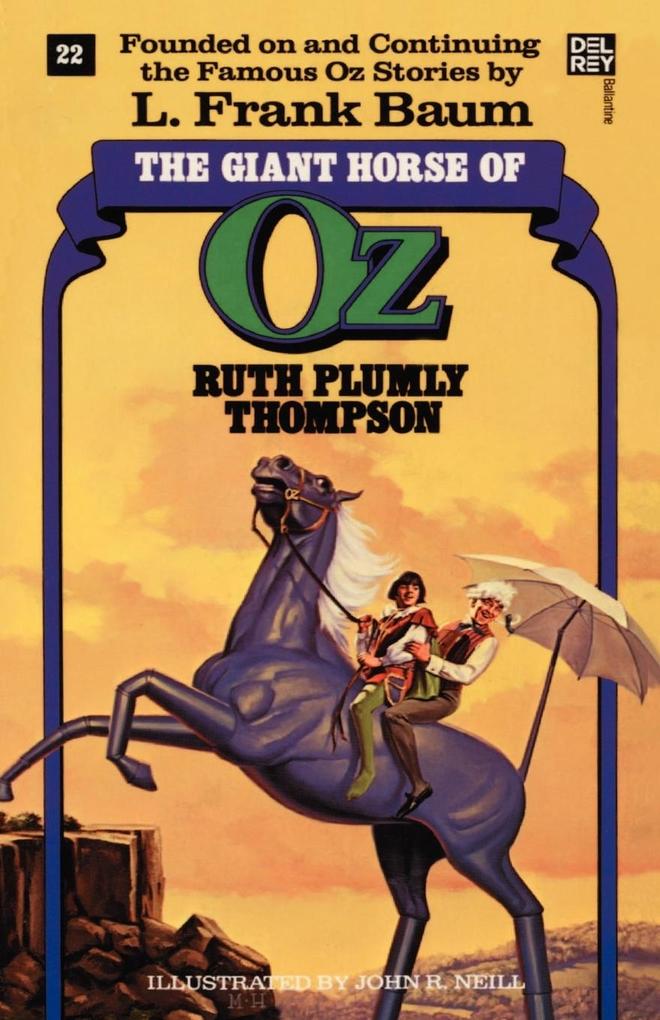 The Scarecrow, tiny Trot from California, and Benny (a living stone statue from Boston) encounter High Boy, whose telescopic legs and airy personality make him in every way the Giant Horse of Oz! High Boy himself is on an expedition with Herby the Medicine Man and little Prince Philador of the spectacular Ozure Isles, whose home has been threatened with utter destruction by a terrifying monster sea serpent.

They all come together in a thrilling episode of Ozian history-which includes the discovery of the enchanted past of the wonderful Good Witch of the North, the very first person Dorothy met when she arrived from Kansas many years before.

Praise for the Oz series

"Where the young stay young and the old grow young forever-these books are for readers of all ages."-Ray Bradbury

"The land of Oz has managed to fascinate each new generation. . . . The Oz books continue to exert their spell . . . and those who read [them] are often made what they were not-imaginative, tolerant, alert to wonders."-Gore Vidal

"I was raised with the Oz books, and their enchantment, humor and excitement remain with me. They are still a joy and a treasure. I welcome this Oz revival."-Stephen R. Donaldson

Ruth Plumly Thompson (1891 - 1976) was an American writer of children's stories, best known for writing many novels placed in Oz, the fictional land of L. Frank Baum's classic children's novel The Wonderful Wizard of Oz and its sequels. An avid reader of Baum's books and a lifelong children's writer, Thompson was born in Philadelphia, Pennsylvania and began her writing career in 1914 when she took a job with the Philadelphia Public Ledger; she wrote a weekly children's column for the newspaper. She had already published her first children's book, The Perhappsy Chaps, and her second, The Princess of Cozytown, was pending publication when William Lee, vice president of Baum's publisher Reilly & Lee, solicited Thompson to continue the Oz series. (Rumors among fans that Thompson was Baum's niece were untrue.) Between 1921 and 1939, she wrote one Oz book a year.