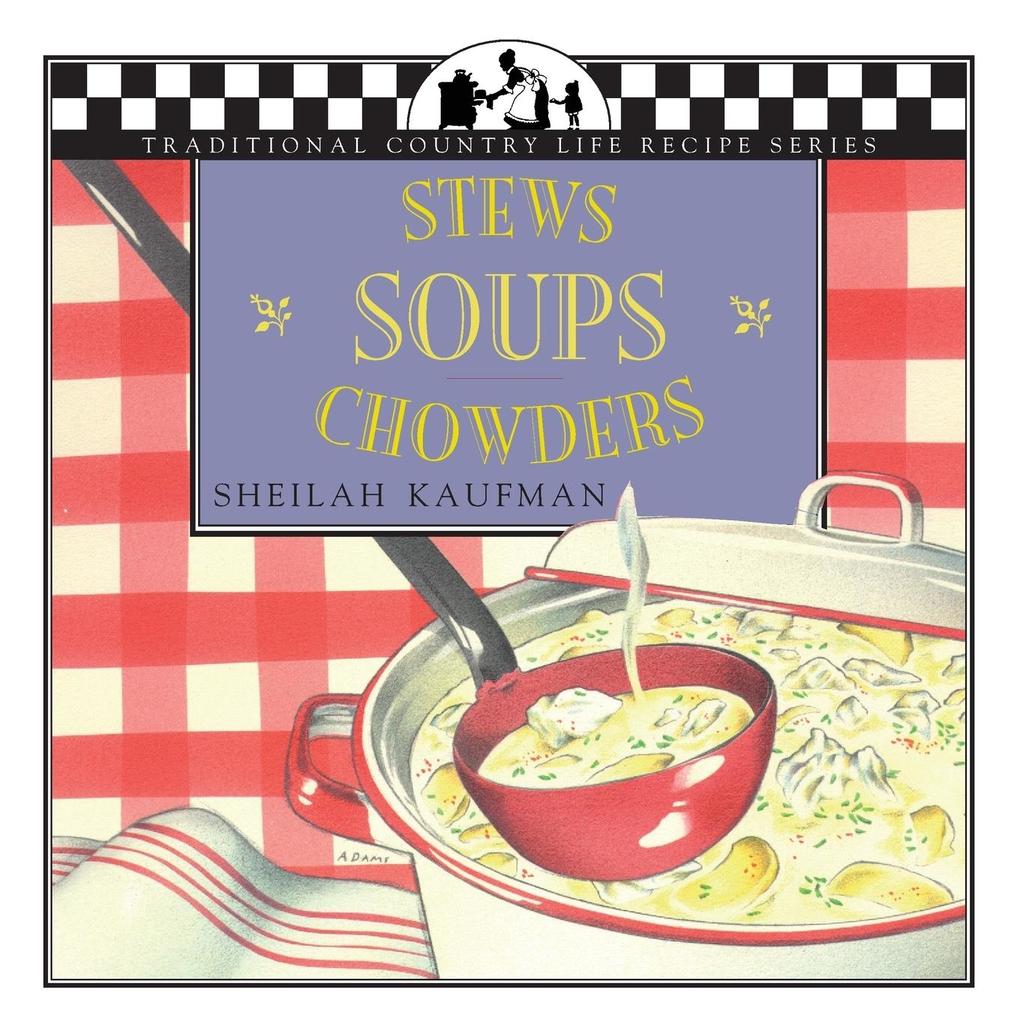 Soups, Stews, and Chowders bring credibility to the idea that America is a great melting pot. Philadelphia Pepper Pot Soup has its origins in George Washington's kitchen at Valley Forge during the winter encampment. Pigeon Soup was a particular favorite of Thomas Jefferson as pigeons were plentiful around Monticello. In colonial kitchens the predominate utensil was a large kettle. Cooks throughout the centuries have utilized whatever food was available to prepare delicious, invigorating, and warming soups for their families. Sheilah Kaufman assembles over 70 soup recipes including Dill Pickle Soup, Pumpkin Mushroom Soup, Corn Chowder, and Clam Chowder to satisfy your nutritional urges. Some soups are hot and some are cold, but each recipe is elegant yet simple to prepare with easy clean-up. Also included is a concise history of soups, stocks, and broths, notes about the origin of the terms we use today, and helpful hints to make your soup the envy of your neighborhood. Sheilah Kaufman learned to bake at the age of 8, when she craved chocolate desserts like brownies, fudge, chocolate chip cookies, and chocolate cake with chocolate icing. Her mom's version of dessert was either an un-iced sponge cake or vanilla wafers! Teachers from La Varenne in Paris and Le Cordon Bleu gave Sheilah her formal training in French cuisine. In 1966 Sheilah began teaching international cooking classes under the name French Cuisine Plus. Sheilah is the author of more than sixteen cookbooks including her bestselling French Cuisine Plus, More French Cuisine Plus, A Chicken in Every Pot, Easy Ways to Elegant Cooking, and Sheilah's Fearless, Fussless Cooking. Glamour magazine says "If you like to entertain, Sheilah's Fearless Fussless Cookbook should be your best friend." During the 1970s Sheilah began traveling the US lecturing and teaching with appearances on many TV and radio programs. A frequent contributor to many national publications including Modern Bride, International Travel, and Magna, Sheilah is the food editor for Washington Jewish Week, and the gift basket and fancy food editor for Gift & Decorative Accessories Magazine. Sheilah lives with her husband in Potomac, Maryland.

Sheilah Kaufman, a frequent guest on TV and radio programmes, is a cooking instructor, food writer and author of over 22 cookbooks.