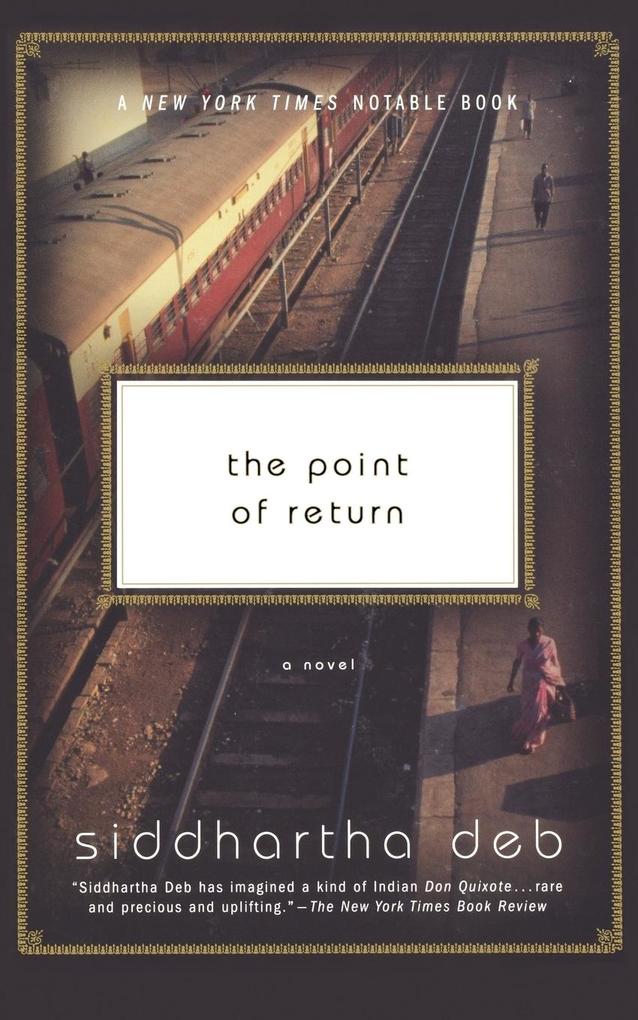 The Point of Return

Set in the remote, northeastern hills of India, The point of return revolves around the father-son relationship of a willful, curious boy, Babu, and Doctor Dam, an enigmatic product of British colonial rule and Nehruvian nationalism. Told in reverse chronological order, the novel examines an India where the ideals that brought freedom from colonial rule are beginning to crack under the pressure of new rebellions and conflicts. For Dr. Dam and Babu, this has meant living as strangers in the same home, puzzled and resentful, tied only by blood. As the father grows weary and old and the son tries to understand him, clashes between ethnic groups in their small town show them to be strangers to their country as well. Before long, Babu finds himself embarking on a great journey, an odyssey through the memories of his father, his family, and his nation.

Siddhartha Deb was born in northeastern India in 1970. His first novel, The Point of Return, was a New York Times Notable Book of the Year. His reviews and journalism have appeared in the Boston Globe, the Guardian, The Nation, the New Statesman, and the Times Literary Supplement. He came to New York on a literary fellowship in 1998, and now divides his time between India and New York.