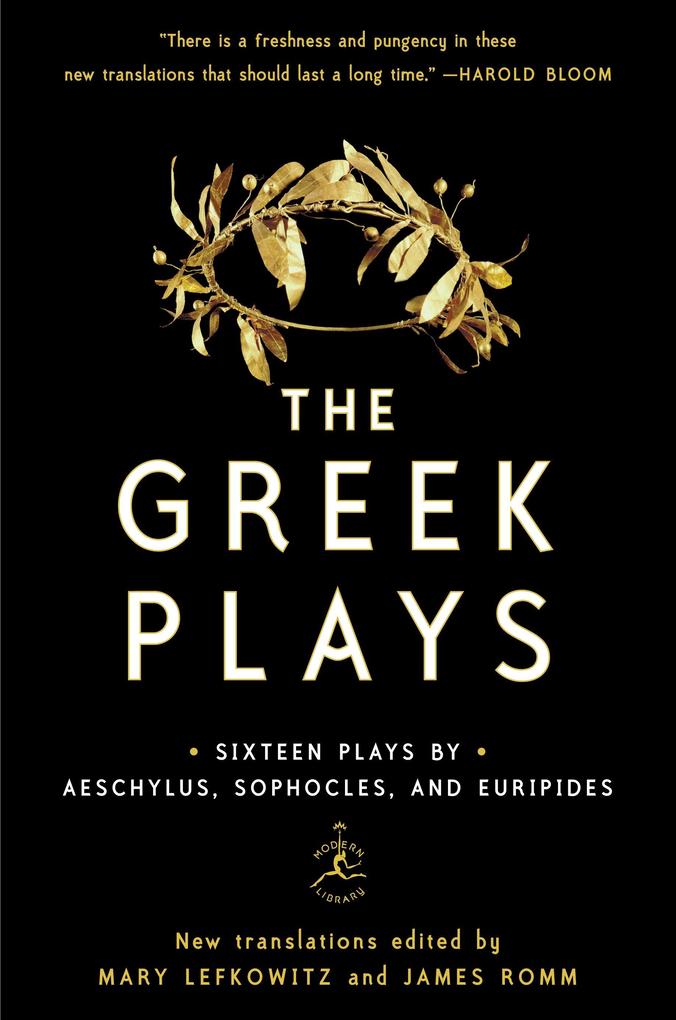 The Greek Plays: Sixteen Plays by Aeschylus, Sophocles, and Euripides

von Sophocles
Sprache: Englisch.
Taschenbuch
A landmark anthology of the masterpieces of Greek drama, featuring all-new, highly accessible translations of some of the world's most beloved plays, including Agamemnon, Prometheus Bound, Bacchae, Electra, Medea, Antigone, and Oedipus the King

A landmark anthology of the masterpieces of Greek drama, featuring all-new, highly accessible translations of some of the world's most beloved plays, including Agamemnon, Prometheus Bound, Bacchae, Electra, Medea, Antigone, and Oedipus the King

The great plays of Ancient Greece are among the most enduring and important legacies of the Western world. Not only is the influence of Greek drama palpable in everything from Shakespeare to modern television, the insights contained in Greek tragedy have shaped our perceptions of the nature of human life. Poets, philosophers, and politicians have long borrowed and adapted the ideas and language of Greek drama to help them make sense of their own times.

This exciting curated anthology features a cross section of the most popular-and most widely taught-plays in the Greek canon. Fresh translations into contemporary English breathe new life into the texts while capturing, as faithfully as possible, their original meaning.

This outstanding collection also offers short biographies of the playwrights, enlightening and clarifying introductions to the plays, and helpful annotations at the bottom of each page. Appendices by prominent classicists on such topics as "Greek Drama and Politics," "The Theater of Dionysus," and "Plato and Aristotle on Tragedy" give the reader a rich contextual background. A detailed time line of the dramas, as well as a list of adaptations of Greek drama to literature, stage, and film from the time of Seneca to the present, helps chart the history of Greek tragedy and illustrate its influence on our culture from the Roman Empire to the present day.

With a veritable who's who of today's most renowned and distinguished classical translators, The Greek Plays is certain to be the definitive text for years to come.

Praise for The Greek Plays

"Mary Lefkowitz and James Romm deftly have gathered strong new translations from Frank Nisetich, Sarah Ruden, Rachel Kitzinger, Emily Wilson, as well as from Mary Lefkowitz and James Romm themselves. There is a freshness and pungency in these new translations that should last a long time. I admire also the introductions to the plays and the biographies and annotations provided. Closing essays by five distinguished classicists-the brilliant Daniel Mendelsohn and the equally skilled David Rosenbloom, Joshua Billings, Mary-Kay Gamel, and Gregory Hays-all enlightened me. This seems to me a helpful light into our gathering darkness."-Harold Bloom

Mary Lefkowitz is the Andrew W. Mellon Professor in the Humanities emerita at Wellesley College. A recipient of the National Humanities Award, Lefkowitz is the author and editor of numerous articles and books, including Not Out of Africa: How Afrocentrism Became an Excuse to Teach Myth as History; Greek Gods, Human Lives: What We Can Learn from Myths; and Euripides & the Gods.

James Romm is the James H. Ottaway Jr. Professor of Classics at Bard College and the author of several books, including Dying Every Day: Seneca at the Court of Nero and Ghost on the Throne: The Death of Alexander the Great and the War for Crown and Empire. He has edited numerous translations of ancient Greek texts, including the Anabasis of Arrian for the volume The Campaigns of Alexander in the distinguished Landmark Series of Ancient Historians.