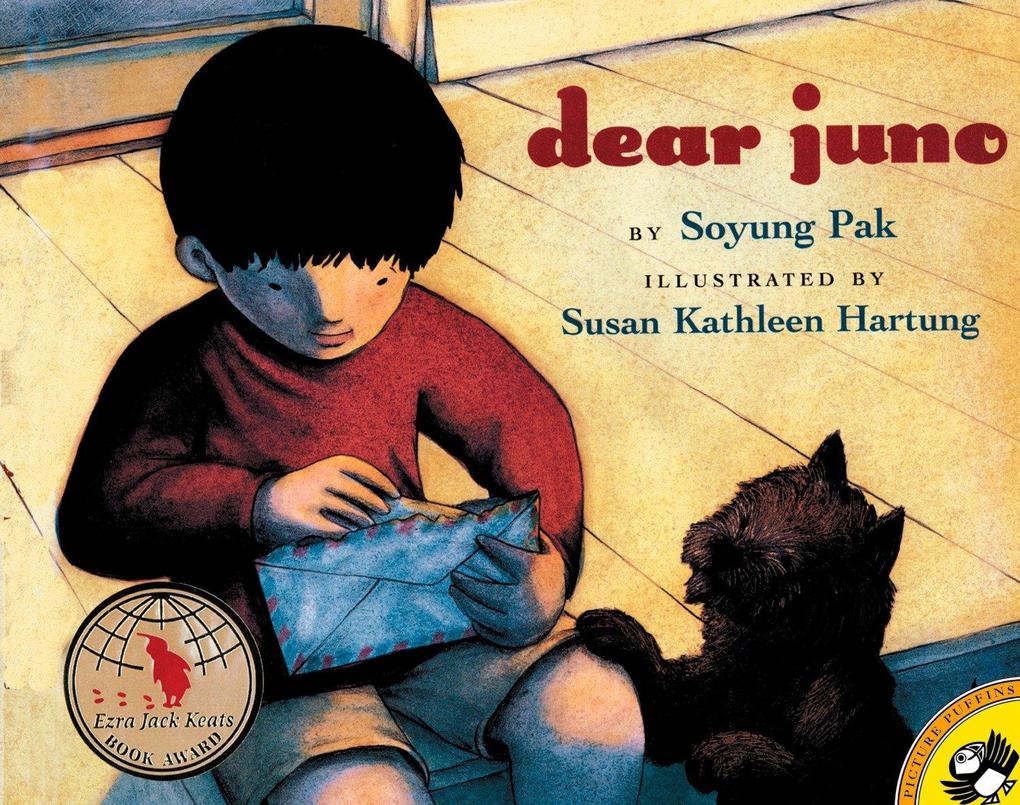 Juno's grandmother writes in Korean and Juno writes in drawings, but that doesn't mean they can't exchange letters. From the photo his grandmother sends him, Juno can tell that she has a new cat. From the picture he makes for her, Juno's grandmother can tell that he wants her to come for a visit. So she sends Juno a miniature plane, to let him know she's on the way. This tender tale won the author an Ezra Jack Keats award, and is a perfect introduction to the concept of foreign cultures and far-off lands.

Soyung Pak was born in Seoul, South Korea, but spent her childhood in the suburbs of southern New Jersey. Dear Juno is Soyung's first book, which won her an Ezra Jack Keats Award award. She holds a B.F.A. from NYU's Tisch School of the Arts and an M.B.A. from the University of Chicago.

A graduate of the School of Visual Arts in New York City, Susan Kathleen Hartung is the acclaimed illustrator of the award-winning Dear Juno. One Dark Night is Susan's much anticipated second book with Viking. "I was hooked immediately by this wonderfully told story," she said. "When I was a kid I used to lie in bed at night and count between the flash and boom to see how close a thunderstorm was. I still do sometimes." When asked about her inspiration for the illustrations, Susan responded, "Whenever there was a late night storm, I would get up and wander about the house without turning on any lights. I would watch the way the lightening played around the room, or I would just stare out the window and watch it flash in the clouds and make the rain drops shimmer."
In the fall of 1999, after having lived in Brooklyn, New York, for fourteen years, Susan made the move back to her home state of Michigan, where by chance, she moved to the town of Brooklyn. When not in her studio, Susan can be found renovating her 140-year-old farmhouse, or spending time with family and friends in her nearby hometown of Ann Arbor. Susan lives with her two dogs, Bongo and Audie, and her cat, Gomez.