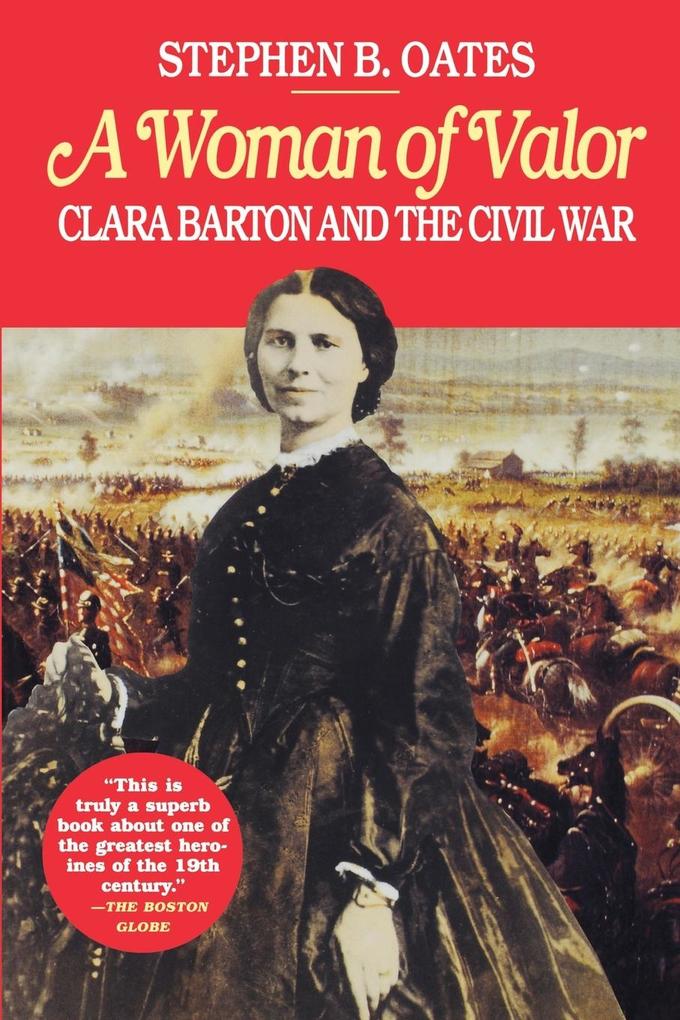 A Woman of Valor

von Stephen B. Oates
Clara Barton and the Civil War. Paperback. Sprache: Englisch.
Taschenbuch
When the Civil War broke out, Clara Barton wanted more than anything to be a Union soldier, an impossible dream for a thirty-nine-year-old woman, who stood a slender five feet tall. Determined to serve, she became a veritable soldier, a nurse, and a … weiterlesen
Dieser Artikel ist auch verfügbar als:
Geschenk per Mail versenden
Taschenbuch

Titel: A Woman of Valor
Autor/en: Stephen B. Oates

When the Civil War broke out, Clara Barton wanted more than anything to be a Union soldier, an impossible dream for a thirty-nine-year-old woman, who stood a slender five feet tall. Determined to serve, she became a veritable soldier, a nurse, and a one-woman relief agency operating in the heart of the conflict. Now, award-winning author Stephen B. Oates, drawing on archival materials not used by her previous biographers, has written the first complete account of Clara Barton's active engagement in the Civil War. By the summer of 1862, with no institutional affiliation or official government appointment, but impelled by a sense of duty and a need to heal, she made her way to the front lines and the heat of battle. Oates tells the dramatic story of this woman who gave the world a new definition of courage, supplying medical relief to the wounded at some of the most famous battles of the war -- including Second Bull Run, Antietam, Fredericksburg, Battery Wagner, the Wilderness, Spotsylvania, and Petersburg. Under fire with only her will as a shield, she worked while ankle deep in gore, in hellish makeshift battlefield hospitals -- a bullet-riddled farmhouse, a crumbling mansion, a windblown tent. Committed to healing soldiers' spirits as well as their bodies, she served not only as nurse and relief worker, but as surrogate mother, sister, wife, or sweetheart to thousands of sick, wounded, and dying men. Her contribution to the Union was incalculable and unique. It also became the defining event in Barton's life, giving her the opportunity as a woman to reach out for a new role and to define a new profession. Nursing, regarded as a menial service before the war, became a trained, paid occupation after the conflict. Although Barton went on to become the founder and first president of the Red Cross, the accomplishment for which she is best known, A Woman of Valor convinces us that her experience on the killing fields of the Civil War was her most extraordinary achievement.

Stephen B. Oates is professor of history at the University of Massachusetts at Amherst, and the author of several acclaimed biographies of Nat Turner, John Brown, Abraham Lincoln, and Martin Luther King, Jr.