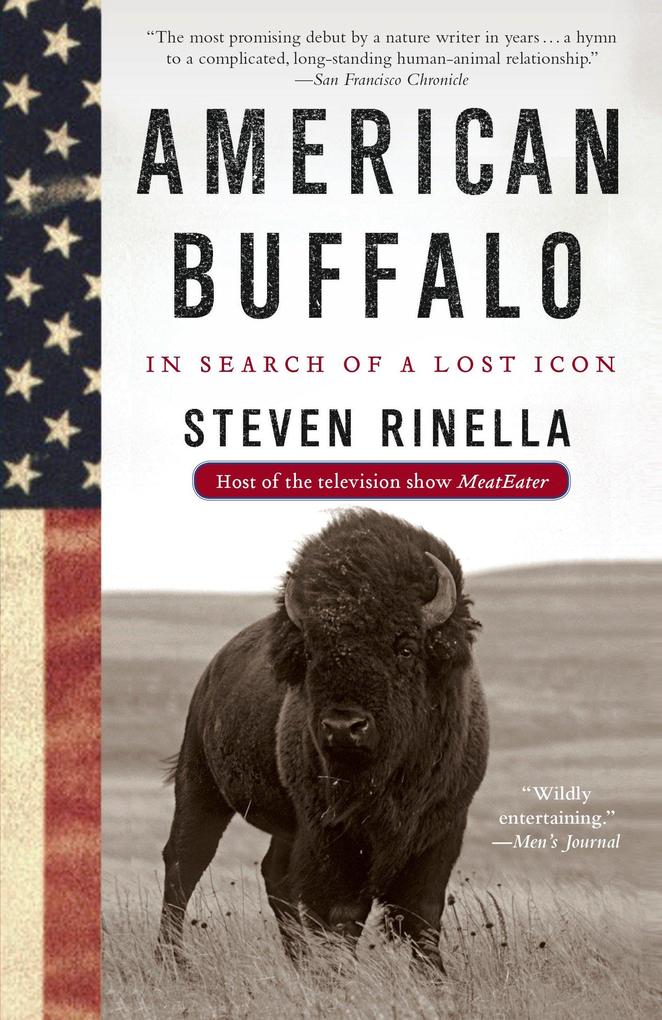 American Buffalo: In Search of a Lost Icon

von Steven Rinella
Sprache: Englisch.
Taschenbuch
From the host of the Travel Channel's "The Wild Within."

A hunt for the American buffalo-an adventurous, fascinating examination of an animal that has haunted the American imagination.

In 2005, Steven Rinella won a lottery permit to hunt for a wild bu … weiterlesen
Geschenk per Mail versenden
Taschenbuch

From the host of the Travel Channel's "The Wild Within."

A hunt for the American buffalo-an adventurous, fascinating examination of an animal that has haunted the American imagination.

In 2005, Steven Rinella won a lottery permit to hunt for a wild buffalo, or American bison, in the Alaskan wilderness. Despite the odds-there's only a 2 percent chance of drawing the permit, and fewer than 20 percent of those hunters are successful-Rinella managed to kill a buffalo on a snow-covered mountainside and then raft the meat back to civilization while being trailed by grizzly bears and suffering from hypothermia. Throughout these adventures, Rinella found himself contemplating his own place among the 14,000 years' worth of buffalo hunters in North America, as well as the buffalo's place in the American experience. At the time of the Revolutionary War, North America was home to approximately 40 million buffalo, the largest herd of big mammals on the planet, but by the mid-1890s only a few hundred remained. Now that the buffalo is on the verge of a dramatic ecological recovery across the West, Americans are faced with the challenge of how, and if, we can dare to share our land with a beast that is the embodiment of the American wilderness.

American Buffalo is a narrative tale of Rinella's hunt. But beyond that, it is the story of the many ways in which the buffalo has shaped our national identity. Rinella takes us across the continent in search of the buffalo's past, present, and future: to the Bering Land Bridge, where scientists search for buffalo bones amid artifacts of the New World's earliest human inhabitants; to buffalo jumps where Native Americans once ran buffalo over cliffs by the thousands; to the Detroit Carbon works, a "bone charcoal" plant that made fortunes in the late 1800s by turning millions of tons of buffalo bones into bone meal, black dye, and fine china; and even to an abattoir turned fashion mecca in Manhattan's Meatpacking District, where a depressed buffalo named Black Diamond met his fate after serving as the model for the American nickel.

Rinella's erudition and exuberance, combined with his gift for storytelling, make him the perfect guide for a book that combines outdoor adventure with a quirky blend of facts and observations about history, biology, and the natural world. Both a captivating narrative and a book of environmental and historical significance, American Buffalo tells us as much about ourselves as Americans as it does about the creature who perhaps best of all embodies the American ethos.

STEVEN RINELLA is the author of The Scavenger's Guide to Haute Cuisine and a correspondent for Outside magazine. His writing has also appeared in The New Yorker, American Heritage, the New York Times, Field & Stream, Men's Journal, and Salon.com. He grew up in Twin Lake, Michigan, and now tries to split his time between Alaska and Brooklyn, New York.