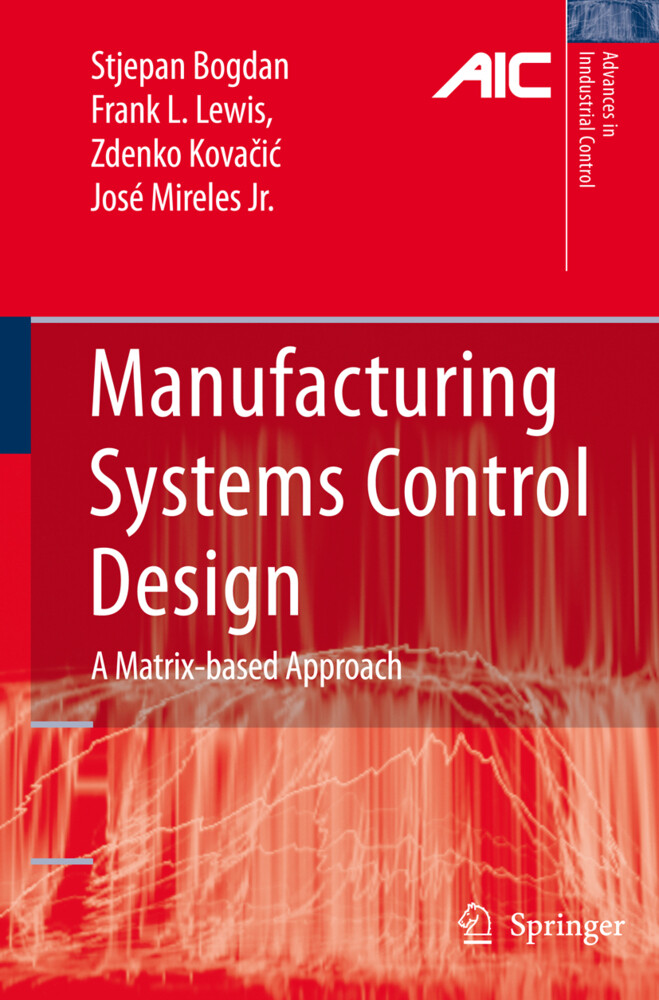 von Stjepan Bogdan, Frank L. Lewis, Zdenko Kovacic, Jose Mireles
A Matrix-based Approach. Incl. Download. Softcover of Or. 17 Tabellen. Sprache: Englisch.
Taschenbuch
This book covers all the steps from identification of operations and resources to the transformation of virtual models into real-world algorithms. The matrix-based approach presented here is a solution to the real-time application of control in discr … weiterlesen
Geschenk per Mail versenden
Taschenbuch

This book covers all the steps from identification of operations and resources to the transformation of virtual models into real-world algorithms. The matrix-based approach presented here is a solution to the real-time application of control in discrete event systems and flexible manufacturing systems (FMS), and offers a sound practical basis for the design of controllers for manufacturing systems.

The authors of this project are or have been associated with Frank Lewis's research group in Texas, Frank Lewis himself is very well-known in the control community having served as Editor for Automatica and as a conference organizer for IEEE (for example, he was General Chair of CDC 2003), of which he is a fellow. All the authors have experience in both the industrial and academic spheres including work on various forms of control, robotics, MEMS and network installation. Frank Lewis has extensive experience of writing books (11 books still in print including 6 authored monographs/textbooks). He has edited a previous Springer volume Adaptive Control of Nonsmooth Dynamic Systems 1-85233-384-7. Professor Kovacic and Doctor Bogdan are also involved in IEE conference organisationand in addition to their American connections are in close collaboration with the highly-regarded Technical University of Crete.

From the reviews:
"The authors present matrix models which are based on recent research. ... The book is completed by an report on other simulation tools for virtual factory modeling. From this together with two introductory chapters on flexible manufacturing systems and on discrete event systems, a self-contained monograph resulted. It is well readable for engineers and also for mathematicians interested not only in such applications but especially in this type of matrix algebra." (Inge Troch, Zentralblatt MATH, Vol. 1118 (20), 2007)
"This book focuses on flexible manufacturing systems (FMSs) and the authors' matrix-based supervisory control design method. ... The book's mathematical level makes it suitable for a graduate course. ... The authors have clearly shown how to build their matrix-based models from standard manufacturing data and have demonstrated through numerous physical testbeds the effectiveness of their approach. ... The authors have set a new and promising course for the theory and practice of modeling and control of automated manufacturing systems." (Alan A. Desrochers, International Journal of Robust and Nonlinear Control, Vol. 19, July, 2009)