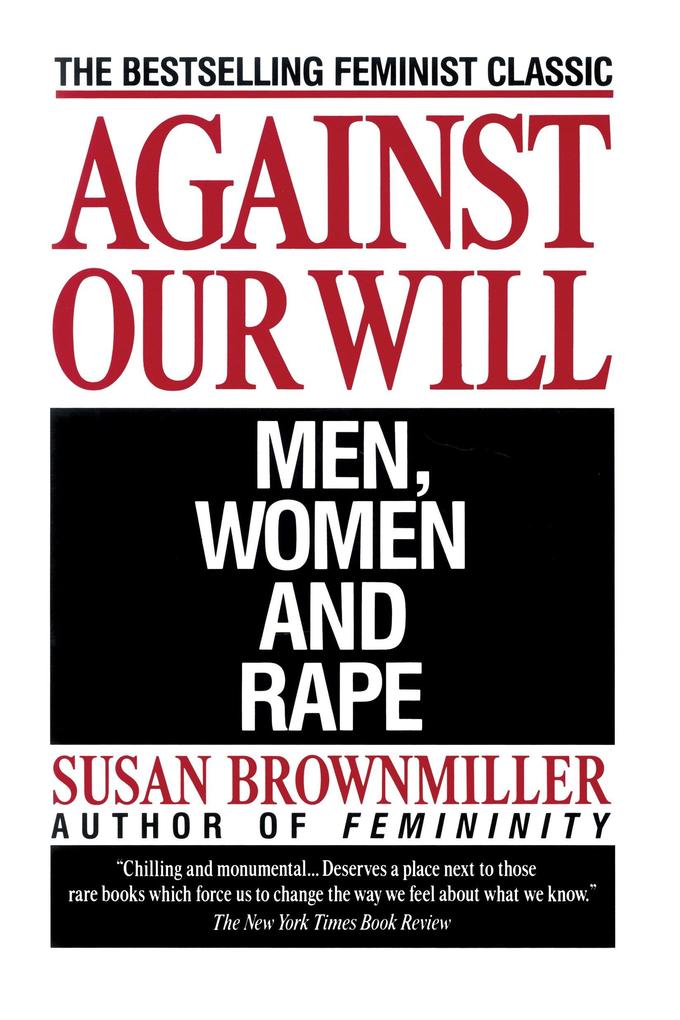 Against Our Will: Men, Women, and Rape

von Susan Brownmiller
Ballantine Book. Sprache: Englisch.
Taschenbuch
The bestselling feminist classic that revolutionized the way we think about rape, as a historical phenomenon and as an urgent crisis-essential reading in the era of #MeToo.

"A major work of history."-The Village Voice • One of the New York Public … weiterlesen

Titel: Against Our Will: Men, Women, and Rape
Autor/en: Susan Brownmiller

The bestselling feminist classic that revolutionized the way we think about rape, as a historical phenomenon and as an urgent crisis-essential reading in the era of #MeToo.

"A major work of history."-The Village Voice • One of the New York Public Library's 100 Books of the Century

As powerful and timely now as when it was first published, Against Our Will stands as a unique document of the history, politics, and sociology of rape and the inherent and ingrained inequality of men and women under the law. Fact by fact, Susan Brownmiller pulls back the centuries of damaging lies and misrepresentations to reveal how rape has been accepted in all societies and how it continues to profoundly affect women's lives today.

A keen and prescient analyst, a detailed historian, Susan Brownmiller discusses the consequences of rape in biblical times, rape as an accepted spoil of war, as well as child molestation, marital rape, and date rape (a term that she coined). In lucid, persuasive prose, Brownmiller uses her experience as a journalist to create a definitive, devastating work of lasting social importance.

Praise for Against Our Will

"The most comprehensive study of rape ever offered to the public . . . It forces readers to take a fresh look at their own attitudes toward this devastating crime."-Newsweek

"A classic . . . No one who reads it will come away untouched."-The Village Voice

"Chilling and monumental . . . Deserves a place next to those rare books which force us to change the way we feel about what we know."-The New York Times Book Review

"A landmark work, one of the most significant books to emerge in this decade."-Houston Chronicle

"A definitive text, startling, compelling, and a landmark."-St. Louis Post-Dispatch

"An overwhelming indictment. We need it, it is a hideous revelation and it should be required reading."-Los Angeles Times Book Review

"Chilling, monumental, exhaustive, detailed, absorbing and original. . . . Brownmiller's greatest contribution is establishing the continuity between rape and other facets of American culture."-Commonweal

Susan Brownmiller is the author of Against Our Will: Men, Women and Rape; Waverly Place, a novel; and Shirley Chisholm, a biography for children. She has written for The New York Times, The Village Voice, Esquire, Vogue, Rolling Stone, The Nation, and many other publications. Brownmiller lives in New York City.

Schreiben Sie eine Bewertung für: Against Our Will: Men, Women, and Rape