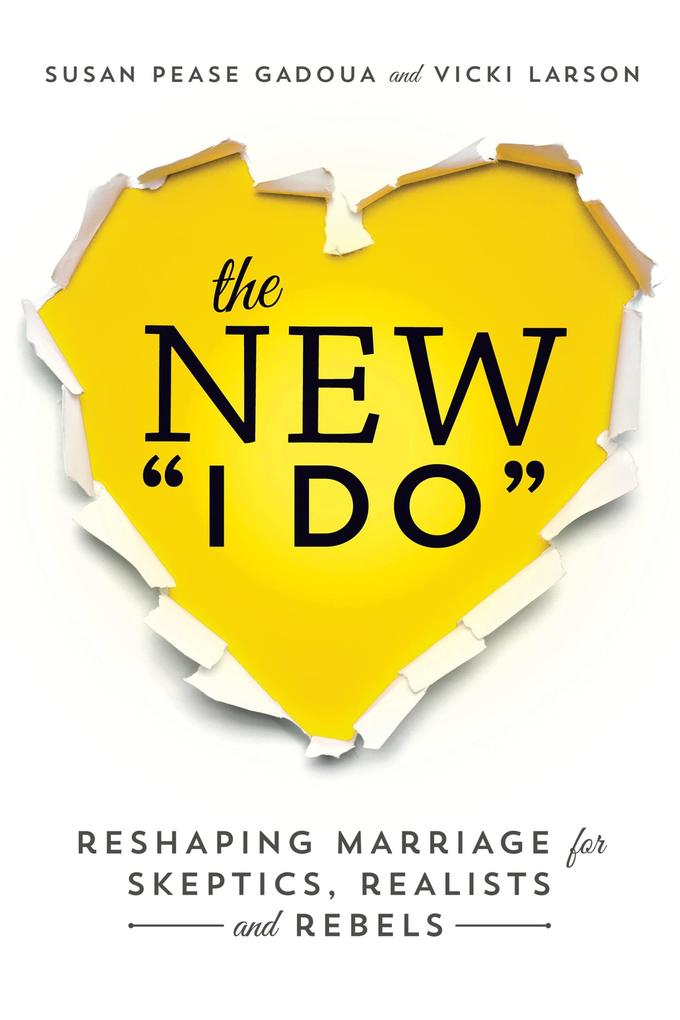 The New I Do: Reshaping Marriage for Skeptics, Realists and Rebels

von Susan Pease Gadoua, Vicki Larson
Sprache: Englisch.
Taschenbuch
If half of all cars bought in America each year broke down, there would be a national uproar. But when people suggest that maybe every single marriage doesn't look like the next and isn't meant to last until death, there's nothing but a rash of propo … weiterlesen
Dieser Artikel ist auch verfügbar als:
Geschenk per Mail versenden
Taschenbuch

If half of all cars bought in America each year broke down, there would be a national uproar. But when people suggest that maybe every single marriage doesn't look like the next and isn't meant to last until death, there's nothing but a rash of proposed laws trying to force it to do just that.In The New I Do , therapist Susan Pease Gadoua and journalist Vicki Larson take a ground-breaking look at the modern shape of marriage to help readers open their minds to marrying more consciously and creatively. Offering actual models of less-traditional marriages, including everything from a parenting marriage (intended for the sake of raising and nurturing children) to a comfort or safety marriage (where people marry for financial security or companionship), the book covers unique options for couples interested in forging their own paths.With advice and quizzes to help readers decide what works for them, The New I Do acts as a guide to thinking outside the marital box and the framework for a new debate on marriage in the 21st century.

Susan Pease Gadoua is the author of the San Francisco Chronicle bestseller Contemplating Divorce: A Step-by-Step Guide to Deciding Whether to Stay or Go, as well as Stronger Day by Day: Reflections for Healing and Rebuilding After Divorce and The Top Ten Misguided Reasons to Stay in a Bad Marriage. Based in the San Francisco Bay Area, she is a licensed therapist with an expertise in marriage and divorce. She earned her BA in psychology from Drew University and her master's in social work from NYU and San Francisco State University. Gadoua has appeared on television and radio programs, including The CBS Early Show, and in print publications such as The Wall Street Journal, USA Today, The Washington Post, Psychology Today, and Divorce Magazine. She is a regular contributor to The Huffington Post's "Divorce" page and PsychologyToday.comIn addition to providing marriage and divorce counseling to clients throughout the world, Gadoua trains therapists on how to help clients through divorce using a program she developed called the Phoenix Method for Divorce Recovery(TM) . Passionate about her work, she's a dynamic presenter and is available for consultations, public speaking, or trainings. To learn more, visit changingmarriage.com.Vicki Larson is a longtime journalist, freelancer, columnist, and blogger. She works as the lifestyles editor and writer at a San Francisco Bay Area newspaper, and her work has appeared in The New York Times, The Huffington Post, HuffPost Live, Mommy Tracked, Modern Mom, Divorce 360, and the anthologies Knowing Pains: Women on Love, Sex and Work in Our 40s and Nothing But The Truth: Women on Life's Transitions. She has been a guest on radio shows, including Minnesota Public Radio's The Daily Circuit," and is the proud mother of two extraordinary young men.

Schreiben Sie eine Bewertung für: The New I Do: Reshaping Marriage for Skeptics, Realists and Rebels